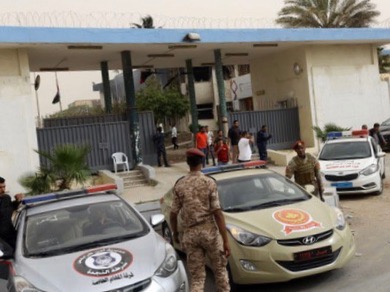 The text of the following statement on Libya was released by the Governments of the United States of America, France, Italy, and the United Kingdom.

The Governments of France, Italy, the United Kingdom, and the United States welcome the result of the mediation reached today by the United Nations Support Mission that aims to deescalate violence in and around Tripoli and ensure the protection of civilians. We reiterate our strong support for Special Representative of the Secretary-General Ghassan Salame as he works to realize an immediate and durable cessation of hostilities in the Libyan capital, which is a critical step to advancing the political process in accordance with the United Nations Action Plan.

As the Secretary-General noted on September 2, all parties should immediately cease hostilities and abide by the ceasefire agreement brokered by the United Nations. We call on all Libyan parties to refrain from any actions that could undermine today’s ceasefire announcement, jeopardize the security of civilians, or set back Libyan efforts to advance the political process and move forward in the spirit of compromise.

We also reiterate support for the President of the Presidency Council, Fayez al-Sarraj, and the Government of National Accord as they work in partnership with the United Nations to promote reconciliation and support a Libyan-led political process.