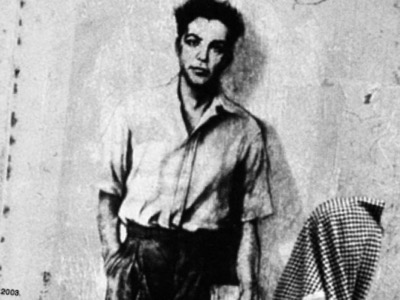 In the evening of 11 June 1957, soldiers arrested Maurice Audin at his home. As well as being a maths assistant at the University of Algiers, he was a militant of the Algerian Communist Party (ACP). After the Front de libération nationale, unleashed war, the PCA, which supports the movement for independence, breaks up and its leaders are actively hunted for. Maurice Audin is one of those who secretly helps them.

At the time, it is clear to all in Algiers that the men and women arrested in these circumstances do not always return. Yes, some are released, others are interned and still others are put on trial. But that year, in the future capital of Algeria, a number of families lose all trace of a loved one. These “disappearances”, deplored on all sides during the conflict, soon total thousands.

His disappearance left Josette Audin, alone with three young children. She was detained for several days in her apartment. As soon as her freedom of movement is restored to her, she immediately takes great pains to try to find out where her husband is detained. A military commander delivers then what is going to remain for decades the official version: her husband escaped. This was the standard response made to families looking for information. The complaint for abduction and holding her husband against his will that she filed then, is consigned to the road to nowhere, as were others, in the silence or on account of the lies of key witnesses who obstruct the investigation. The Audin file is closed once and for all in 1962 by a “non-lieu”, due to the amnesty decrees taken at the end of the war of Algeria, which put at end to any chance of prosecution.

Maurice Audin has never reappeared and obscurity veils the exact circumstances of his disappearance. The official summaries and minutes record that he escaped. However this story suffers from too many contradictions and improbabilities to be credible. Clearly, we have here a set-up, to disguise the fact that he died. All the evidence received during the investigation of the complaint filed by Josette Audin or following testimonies, indicate without a shred of doubt, that he had been tortured.

Several hypotheses have been formulated on the death of Maurice Audin:
• Historian Pierre Vidal-Naquet has defended, on the credibility of a witness, that it was the Intelligence-gathering Officer whose job it was to interrogate Maurice Audin, that killed him.
• Paul Aussaresses and others have declared that a commando under orders had killed the young mathematician.
• Another hypothesis is that Audin died while being subjected to torture.

We don’t which of these hypos is grounded in the truth, but we do know that his disappearance had been made possible by a system whose successive governments permitted to develop. This system is known as “arrest and detain” and gives the forces maintaining order the power to arrest, detain and interrogate all suspects. And why? To ensure that the fight against the enemy gets results.

This system does have a legal foundation: special powers. This law, voted by Parliament in 1956, gave the government a carte blanche to re-establish order in Algeria. It permitted the adoption of a decree authorizing police powers to be delegated to the army. This was implemented by an order of the Prefect, first in Algiers, and then across the whole of Algeria in 1957.

This system has been the unfortunate terrain of acts that were occasionally heinous, including torture, which the Audin affair spewed up. Of course, the law never stopped regarding torture as a criminal act. But torture was allowed to spread its wings and soar unpunished because criminal sanctions have not clipped its wings. And it remained unpunished because the idea behind torture, was that it was a weapon in the fight against not only the FLN, which launched the insurrection in 1954 but also against those who were seen as its allies: those fighting and supporting independence; an arm considered as legitimate in that war, despite having a rotten, illegal core.

In failing to prevent and punish recourse to torture, successive governments have endangered the survival of men and women that the forces maintaining order have seized. However, in the ultimate analysis, it is to them that the responsibility returns of ensuring the safeguarding of human rights and, in first place, the physical integrity of the men and women who are detained under their sovereignty.

It is important that this story is known; that it is looked upon with courage and lucidity.

It stems from pacifying and calming those that it has murdered, whose destinies it has knocked over, both in Algeria and in France. Recognition will not cure their suffering. For each, their suffering will undoubtedly remain irreparable. However, recognition has symbolic value: it will be able, shed the load from those that bend in two, unable to bear the weight of this past. In any event, it is in this spirit that it is thought and today formulated. It flows from the honour of all the people of France, civilians or soldiers, that have disapproved of torture, that have not surrendered or escaped, and who today, as yesterday, refuse to be assimilated with those that established and practised torture.

It flows from the honour of all the soldiers that died for France and more generally for those that lost their life in this conflict.

Finally it springs from the duty to speak the truth, a duty that falls on the French Republic, which in this domain as in others, must lead the way. For it is only through truth, that reconciliation is possible. Freedom, equality or fraternity cannot exist without the exercise of truth.

Failing to seek the truth would leave the Republic incompetent to minimise or excuse crimes and atrocities committed by either side during this conflict. France still carries the scars, a few of which have been badly stitched up.

Also, the task of remembering does not end with this declaration. This recognition aims specifically at encouraging a historical work on all those who disappeared in the War of Algeria, be they French or Algerian, civiliansb or soldiers.

A general derogation, whose contours will be specified by ministerial decrees after available sources have been identified, will open to free consultation on all the sources of the state archives on this matter.

Finally, we call upon those who would have documents or testimonies to turn to the national archives to participate in this effort to find the true history.

Fleshing out this work of truth must open the way to a richer appreciation of our past, greater clarity of the wounds of our history and a new willingness on the part of the people of France and Algeria to come to a reconciliation. Emmanuel Macron