Russian comment on the new US Missile Defence Review 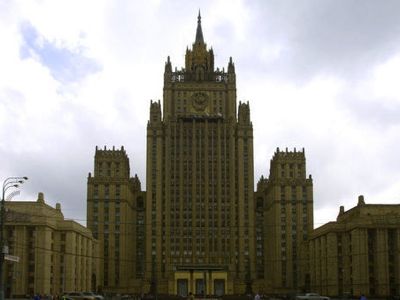 A new Missile Defence Review was released by the United States on January 17. The content of this document is bound to evoke serious concern. It is openly confrontational and once again demonstrates Washington’s goal of achieving undivided military supremacy in the world and the ability to conduct with impunity military operations in defence of its interests in any part of the globe. In this context the document continues the policy described in the US National Security Strategy and the Nuclear Posture Review, which have been updated already by the Donald Trump administration.

The review confirms Washington’s invariable policy of increasing the destabilising potential of global missile defence that is expected to be reinforced by new technological and financial resources. In so doing the Americans resolutely reject even the hypothetical possibility of any restrictions on their missile defence buildup and announce their intention to preserve complete freedom of action in this area.

It is noteworthy that the US considers legitimate a method of missile defence that provides for the preemptive, that is, pre-launch destruction of “threatening” missiles. In simple terms, this ornate formula which the US wants to sound at least a bit respectable means the mounting of preventive, “disarming” strikes against the countries that the US considers its enemies. We would like to recall that this logic is at the foundation of the large-scale nuclear arms race that has repeatedly taken the world to the brink of nuclear disaster. Despite intensive political and diplomatic efforts over the course of decades, its consequences have not yet been fully dealt with. Now it seems that the American leaders have decided to step on the same rake with the same predictable consequences.

Provisions concerning space-based missile defence are a source of particular concern. Along with upgrading sensors in orbit, the review actually gives the green light to the prospect of deploying missile defence attack weapons that are designed to destroy different types of missiles during the boost phase.

Implementation of these plans is bound to trigger an arms race in space, which will have most negative consequences for international security and stability. We would like to call on the US administration to listen to reason and give up these irresponsible attempts to re-launch the unforgettable star wars programme of the Reagan era on a new technological level.

Contrary to the assertions of the authors of the review, carrying out these plans and approaches will in no way enhance the security of the US, its allies or partners. Any attempts to follow this road will have the opposite effect. They will deal yet another powerful blow to international stability, which is already falling apart due to Washington’s irresponsible actions. Clearly, nobody gains in this scenario.

We consider it necessary to emphasise that the appearance of such documents as the US Missile Defence Review once again demonstrates the need to resume without delay full-scale Russian-US dialogue on all issues of arms control and consolidation of international security and stability. We are ready to discuss this. We submitted to the US our proposals to this effect last July. They still remain unanswered. We are urging the US administration to display political will and finally engage in serious joint search for ways of resolving the accumulated strategic problems before it is too late.