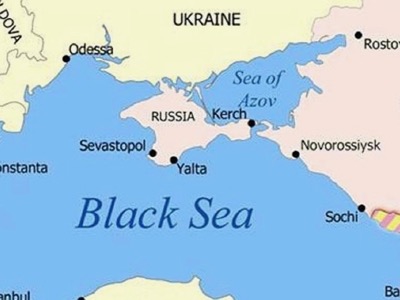 Five years on from the illegal annexation of the Autonomous Republic of Crimea and the city of Sevastopol by the Russian Federation, the European Union remains steadfast in its commitment to Ukraine’s sovereignty and territorial integrity.

The European Union reiterates that it does not recognise and continues to condemn this violation of international law. It remains a direct challenge to international security, with grave implications for the international legal order that protects the territorial integrity, unity and sovereignty of all States.

Russia’s violations of international law have led to a dangerous increase in tensions at the Kerch Strait and the Sea of Azov. The unjustified use of force by Russia against Ukraine on 25 November 2018 is a reminder of the negative effects of the illegal annexation of the Crimean peninsula on regional stability.

The EU reiterates its call on Russia to release the illegally captured Ukrainian crewmembers, vessels and equipment unconditionally and without further delay. Pending their release, Russia should respect their rights to legal representation and access by consular authorities, and to provide the injured crewmen with appropriate medical treatment.

The European Union condemns the construction of the Kerch Bridge without Ukraine’s consent which constitutes a further violation of Ukraine’s sovereignty and territorial integrity. The EU expects Russia to ensure unhindered and free passage of all ships through the Kerch Strait to and from the Azov Sea, in accordance with international law. The illegal restrictions to such passage have negative economic consequences for Ukraine’s ports in the Azov Sea and the whole region.

The European Union does not and will not recognise the holding of elections by the Russian Federation in the Crimean peninsula. The increasing militarisation of the peninsula continues to impact negatively the security situation in the Black Sea region. In violation of international humanitarian law, Russian citizenship and conscription in the armed forces of the Russian Federation have been imposed on Crimean residents.

Since the illegal annexation by the Russian Federation, the human rights situation in the Crimean peninsula has significantly deteriorated. Residents of the peninsula face systematic restrictions of fundamental freedoms, such as freedom of expression, religion or belief and association and the right to peaceful assembly. In accordance with UN General Assembly resolution 73/263 of 22 December 2018, it is crucial that the regional and international human rights monitoring mechanisms as well as the non-governmental human rights organisations have unimpeded access to Crimea and Sevastopol.

The rights of the Crimean Tatars have been gravely violated through the shutting down of Crimean Tatar media outlets, the banning of the activities of the Mejlis, their self-governing body, and the persecution of its leaders and members of their community. The EU expects Russia to reverse these decisions and to end the pressure on the Crimean Tatar community. Crimean Tatars, Ukrainians and all ethnic and religious communities in the peninsula must be ensured the possibility to maintain and develop their culture, cultural heritage traditions, education and identity. Russia must also take measures to improve the environmental situation, which has considerably worsened since the illegal annexation.

The EU reiterates its call for the immediate release of Oleh Sentsov, Edem Bekirov, Oleksandr Kolchenko, Mykola Semena, Volodymyr Balukh, Emir-Usein Kuku and all those who have been detained in the Crimean peninsula and sentenced in breach of international law. Journalists, human rights defenders and defence lawyers should be able to work independently and without undue interference and intimidation.

The EU calls for full compliance with international human rights standards in the peninsula. All pending cases of human rights violations and abuses, such as enforced disappearances, torture and killings, violence, politically motivated prosecutions, discrimination and harassment should be thoroughly investigated. Full, free and unrestricted access for international human rights actors to the whole territory of Ukraine, including Crimea and Sevastopol, continues to be paramount. The EU recalls UNGA Resolution 73/263 of 22 December 2018, and calls for its full implementation, including the Russian Federation’s obligations under applicable international humanitarian law.

Source : “Declaration by the EU on the Autonomous Republic of Crimea and the city of Sevastopol”, Voltaire Network, 17 March 2019, www.voltairenet.org/article205676.html

Source : “Declaration by the EU on the Autonomous Republic of Crimea and the city of Sevastopol”, Voltaire Network, 17 March 2019, www.voltairenet.org/article205676.html