Statement by the North Atlantic Council on the INF Treaty 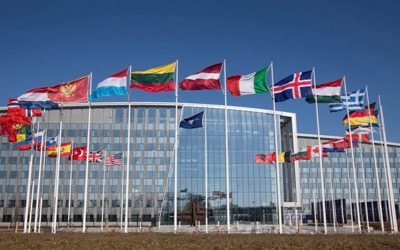 Russia today remains in violation of the INF Treaty, despite years of U.S. and Allied engagement, including a final opportunity over six months to honour its Treaty obligations. As a result, the United States decision to withdraw from the Treaty, a decision fully supported by NATO Allies, is now taking effect.

Russia bears sole responsibility for the demise of the Treaty. We regret that Russia has shown no willingness and taken no demonstrable steps to return to compliance with its international obligations. A situation whereby the United States fully abides by the Treaty, and Russia does not, is not sustainable.

NATO will respond in a measured and responsible way to the significant risks posed by the Russian 9M729 missile to Allied security. We have agreed a balanced, coordinated and defensive package of measures to ensure NATO’s deterrence and defence posture remains credible and effective.

Allies are firmly committed to the preservation of effective international arms control, disarmament and non-proliferation. Therefore, we will continue to uphold, support, and further strengthen arms control, disarmament, and non-proliferation, as a key element of Euro-Atlantic security, taking into account the prevailing security environment. NATO also continues to aspire to a constructive relationship with Russia, when Russia’s actions make that possible.