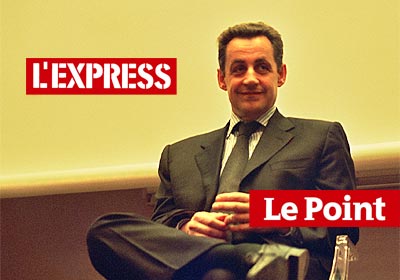 On February 13, 2006, in statements made for the radio RMC-Info minutes before the Delinquency National Observatory presented its report, the French Minister of Interior, Nicolas Sarkozy, referred to the establishment of a national archive for ethnic origin of delinquents. The statement made by the Minister implicitly legitimized the explanation about the behaviour contrary to the social rules through the ethnic origin of culprits, one of the theories in which “Zero Tolerance” doctrine is supported The Manhattan Institute, Neoconservatives’ Lab, implemented in New York by the Republican major Rudolph Giuliani, and which Sarkozy usually makes reference to.

As it has happened many times in the past, every time Sarkozy makes spectacular announcements, there is a careful mediatic preparation of the ground in advance France: “The War on terror” makes its entrance into the presidential campaign in order to have a greater impact of his statements. In this regard, the Minister of Interior had made already a first rehearsal by referring, on January 24, 2006, to the “ very worrying phenomenon ” of “gangs made up by ethnic groups with an endemic violence” in a speech delivered on the occasion for New Year celebration of the Alliance police trade union. Later, his new radio speech was widely announced on the press in advance, thus attaching an exceptional character to something that was not mean to be other than a remark by this media Minister. The most interesting thing is that the controversy developed by Nicolas Sarkozy about the need to register ethnic origins of delinquents has been widely highlighted by the French weekly newspapers Le Point and L’Express, during the previous weeks to his speech.

In its edition of January 2, 2006, Le Point published a number of reports especially about the wave of violence that shook certain popular neighbourhoods across France in November 2005 [«Banlieues - Ce que l’on n’ose pas dire»]. This weekly newspaper widely reflected the vision about ethnic riots or violent events related to the origin of those who carry them out, something recurring in this publication. The following week, L’Express also released a special number of articles about delinquency Ce qu’on n’ose pas dire sur la criminalité, a series mainly about delinquents’ ethnic origin 1. L’origine des délinquants. Leaving completely aside the social dimension of delinquency, this weekly newspaper preferred to use statements made by non-identified cops to classify delinquents based on their ethnic origin and establish links among different kinds of crimes and ethnic origin of those who commit them. According to these articles, the black French are essentially violent whereas the French of Arab origins rather tend to form gangs and engage in drug trafficking. L’Express takes up racist stereotypes, unfortunately common in the French society, and has indicated that it is about a “taboo” which should be convenient to address. This expression was reiterated throughout the article and in the editorial that presented a special series of editorials about this issue. Therefore, the weekly welcomes the fact that Nicolas Sarkozy had broken such “taboo” in the name of “transparency”.