Brzezinski confirms U.S. can organise attacks in own territory 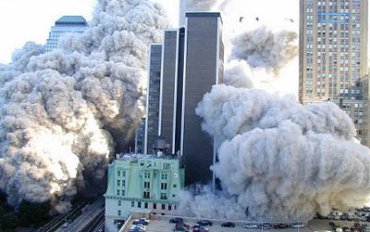 With the exception of Washington Note and Financial Times, the mainstream media decided not to report Zbigniew Brzezinski’s comments that shatter the United Stator ruling class. Auditioned on February 1st, 2007 by the Senate Committee on Foreign Relations, the former National Security Adviser read a statement the terms of which had been carefully chosen.

He indicated that : " a plausible scenario for a military collision with Iran involves Iraqi failure to meet the benchmarks, followed by accusations of Iranian responsibility for the failure, then by some provocation in Iraq or a terrorist act in the US blamed on Iran, culminating in a ‘defensive’ US military action against Iran that plunges a lonely America into a spreading and deepening quagmire eventually ranging across Iraq, Iran, Afghanistan and Pakistan".

As you must have noticed: Mr Brzezinski evoked the Bush administration plausible organization of an attack in the United States, and the possibility of holding Iran wrongly responsible for it.

In Washington the analysts hesitate between two interpretations of this statement. For certain officials, the former National Security Adviser tried to beat the neoconservatives to it and to cast doubt in advance on any circumstance which would lead to the war. For others, Mr Brzezinski wanted, in addition, to suggest that in case of collision with the war partisans, he could reopen the September 11th file. In any case, Thierry Meyssan’s hypothesis - According to which the September 11th attacks would have been perpetrated by a Military-Industrial Complex faction to provoke the Afghanistan and Iraq wars - Leaves suddenly the taboo domain to be discussed publicly by Washington elites.