Thierry Meyssan was the first to demonstrate the impossibility of the official version of the September 11 attacks and conclude that a profound change in the nature and politics of the US regime had taken place. While most of his readers continued to get excited about this day, he went his way and has committed against imperialism in Lebanon, Libya and now Syria. He looks back on this crazy day. 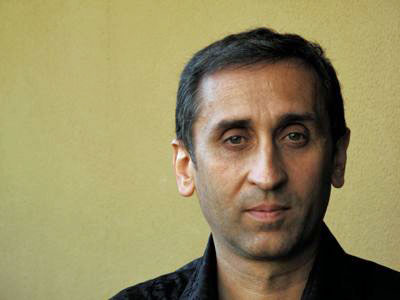 The events of Sept. 11 remain etched in the collective memory in a form planned by the media: huge attacks against New York and Washington. But the power play that changed the world that day is still hidden.

Around 10 am, while the attacks against the World Trade Center and the Pentagon had already taken place, the anti-terrorism adviser to the White House, Richard Clarke, activated the program for "continuity of government." This program aims to replace the Executive and the Legislature in the event of destruction in a nuclear war. There was no reason for it to be implemented that day. From that moment, President George W. Bush was dismissed in favor of a military government.

Throughout the day, members of Congress and their teams were taken in hand by the military authority and placed under arrest in two secure bunkers located near Washington, Greenbrier complex (West Virginia) and Mount Weather (Virginia).

Power was returned by the military to civilians at the end of the day, and President Bush was able to address his fellow citizens on television around 8 pm.

On that day, former President George W. Bush wandered the country. On two military bases where he went, he demanded to cross the tarmac in an armored vehicle, afraid of being killed by one of his soldiers. President Vladimir Putin, who tried all day to contact him by phone to avoid misunderstanding and accusation against Russia, did not succeed in reaching him.

Around 4 pm, Israeli Prime Minister Ariel Sharon intervened on television to tell the United States that Israelis had long known the horrors of terrorism and shared their pain. Incidentally, he announced that the attacks were over, which he could only have known if he had been mixed up in them.

We can argue endlessly about the inconsistencies in the official version of the attacks, but there is no room for discussion on this fact: the Continuity of Government program was activated unnecessarily. In any country, the removal of the President and the arrest of parliamentarians by the army has a name: it is a military coup. 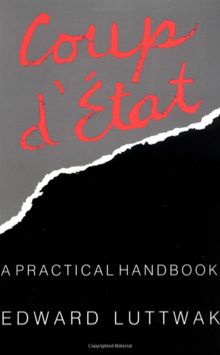 It will be objected that President Bush regained office in the late afternoon. This is precisely what was advised by the neoconservative US-Israeli, Edward Luttwak in his Coup d’État. A Practical Handbook. According to him, a good coup is one of which nobody is conscious because it keeps in power the same individuals, but imposes a new policy.

On this day, the principle of the permanent state of emergency in the United States was validated. It was soon translated into action by the USA Patriot Act. And the principle of imperialist wars was also validated. It was officially enacted by President Bush a few days later at Camp David : the United States were to attack Afghanistan, Iraq, Libya and Syria via Lebanon, Sudan and Somalia, and finally Iran.

To date, only half of the program has been completed. President Obama announced last night that he would continue in Syria.

Most of the allies of the United States refused to acknowledge the evidence 13 years ago, and thus denied themselves the ability to foresee Washington politics. If one can only judge the truth over time, these 13 years have been conclusive: everything I announced - and that my opponents regarded as "anti-Americanism" has taken place. And, for example, they were left stunned when NATO relied on Al Qaeda to overthrow the Libyan Arab Jamahariya.

I am proud to have alerted the world to the coup and the wars that were to follow, but sorry to see that Western public opinion has been lost in a discussion of the physical impossibility of the official version. I observe, however, that some events of this day are still hidden, as the fire that destroyed the offices of the Eisenhower Building, the Annex to the White House, or again the missile recorded by New York television shot in front of the World Trade Center (see video below).

The war continues to destroy the Muslim world, while Westerners, decidedly blind, continue their discussion on the collapse of the towers.