China is setting up the menu for Global Financial Order

During the first Annual Summit organized by the Asian Infrastructure Investment Bank (AIIB) in Beijing, China has shown her intention to take over the global leadership in infrastructure investment. By the end of this year, AIIB would have more than 100 members, making it the first lending institution in multilateral loans in history, under the control of the most important emerging countries. Yet, it is expected that she makes the decision of dropping off the Dollar, as it is the only way to break away from US hegemony in international finance. 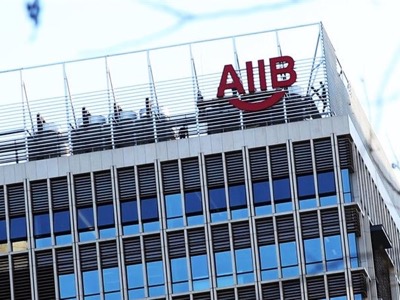 China is already ahead of the US in the race of financing infrastructure at the global level. International Finance is going through transformation, in spite of the strong resistance by the powerful American controlling power. Last year, high officials from Washington had tried to sabotage the launch of the Asian Infrastructure Investment Bank – AIIB, but failed to do so.

In fact, countries that had formerly declared their allegiance to the US government, namely Germany, France, Italy, UK, had, at the end of the day, taken the decision to join the new multilateral lending institution promoted by Beijing. President Barack Obama could not imagine that the AIIB would have got the support of more than fifty countries within a few months.

Without a doubt, China is accelerating US decline across the globe. In April 2015, Larry Summers, former Secretary of Treasury under Bill Clinton, declared that the successful call made by the AIIB represented the most dreadful blow to the US hegemony. « Last month will be remembered as the time where US have lost their role as gatekeeper of the World Economic System », he said [1].

Beijing is delaying its major attack against the Dollar

However, until now, China has been proceeding with the uttermost caution. As a result, the majority of G-7 countries – Germany, Canada, USA, France, Japan, Italy and UK – have hailed the launch of AIIB. Nonetheless, in spite of the extraordinary power of attraction of Beijing’s offer which reduced the influence of Washington over the Global Infrastructure Investment Finance [2], AIIB is holding itself back from rejecting the Dollar. And while many had speculated [3] that AIIB loans would be issued in Yuan, or possibly in local currencies, to this date, all loans have been issued in USD currency.

Furthermore, we should also take note that three out of the four loans which have been approved by AIIB this year, amounting to USD 509 million, are investments which are linked to the traditional World financial institutions , built after World War II Washington’s model. In my view, Chinese investors want to make use of shares that have been invested in World Bank and Asian Development Bank, as well as of the excellent relations already established with Europe.

At present, AIIB is co-financing, together with World Bank, a Housing Project in Indonesia, through a loan of USD 216,5 million; she also co-finances a Road Construction Project in Pakistan of USD 100 million, together with the Asian Development Bank (ADB) and UK’s International Development Department ; Another loan amounting to USD 27,5 millions, financed by the European for Reconstruction and Development, is supporting the Road Upgrading Project in Tadjikistan; The only project which AIIB finances itself is a loan of USD 165 million to support the Power Plant Project in rural Bangladesh.

The Asian Bank’s mission as Global Investor in Infrastructure

Above all, AIIB’s launch marks a significant threshold in the history of multilateral credit institutions as the first bank – in addition to the new BRICS Development Bank – to be owned mainly by emerging economies [4].

The financial contribution of the super economies of the BRICS Eastern countries are important: Chinese shares occupy 29,78%, followed by Indian shares with 8,36%, and Russian shares come third with 6,53%. The twenty (20) remaining shareholders come from other regions represent only ¼ (25%) of the authorized registered capital amounting to USD 100 billion [5].

Initially, AIIB was conceived to support mainly Asian economies, yet, China seems to consider upgrading it into an institution with global reach, capable of assembling aspirations of the rest of the emerging economies [6]. In this perspective, during the launch of the first Annual Summit in Beijing last June, AIIB president, Jin Liqun, a Chinese national, announced that he was considering adding 24 more countries to the existing list [7].

In Latin America, Chile, Columbia, Venezuela are now applying. In Africa, Algeria, Libya, Nigeria, Senegal, Sudan already signed up. It is useful to note the application of Canada, who is member to the North American Trade Agreement (NAFTA), just as Mexico and USA are. In Europe, Cyprus, Greece, and Ireland are highly interested to join in. If all goes well as it does until now, it is possible that by the end of this year, AIIB will have gathered more than 100 member countries [8], i.e. at least 34 more members than the Asian Development Bank itself, although it still has a long way to go to reach the level of World Bank whose membership reaches 183.

Opting for a multipolar world

AIIB has still a lot to do on its agenda. Indeed, although the Asian region has registered a high level of GDP growth during the last two decades, she has not managed to set up a first class infrastructure yet. Sultan Ahmed Al Jaber, Minister of the United Arab Emirates, stated that in the Asia Pacific region, around 1,500 million people are still lacking basic sanitary installations, 260 million still have no access to drinking water, and at least 500,000 have no current electricity in their home [9].

In conclusion, AIIB first Annual Summit showed China’s determination to be part of International Finance “Premier League”. Through its commitment in the construction of the “Silk Road” [10], AIIB is a power counterbalance to the geo-economic influence of the US and Japan in Asia. Nonetheless, in order to speed up the construction of a multipolar world order, it is imperative that AIIB Executives make the decision to drop the Dollar, and, more importantly, to keep up their promises on improving standards of living of the people.