After the economic sanctions that the United States and the European Union imposed against Russia, Moscow and Beijing put together an imposing energetic team that has radically transformed the world oil market. In addition to increasing their interchange of hydrocarbons exponentially, both oriental powers have decided to put an end to the domination of the dollar in fixing the prices of the black gold. The petroyuan is the instrument of payment of strategic character that promises to facilitate the transition to a multipolar monetary system, a system that takes various currencies into account and reflects the correlation of forces in the current world order. 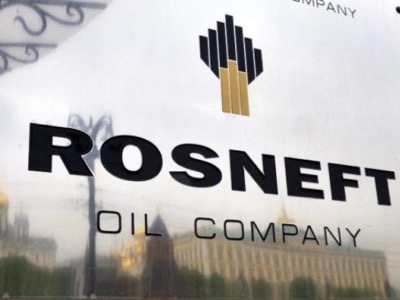 In place of humiliating Russia, the “economic war” that Washington and Brussels had promoted was counterproductive, since it only contributed to fortify the energy team between Moscow and Beijing. We recall that in May of 2014 the Russian company Gazprom agreed to supply gas to China up to 38 billion cubic meters annually during three decades (starting in 2018) through the signing of a contract for 400 billion US dollars with the China National Petroleum Corporation (CNCP) [1].

At the present time both powers coordinate the work of an ambitious plan of strategic projects that include the construction of gas and oil pipelines as well as the combined operation of refineries and large petrochemical complexes. Without proposing to do so, the coming together of Moscow and Beijing has produced deep changes in the world oil market in favor of the Orient, dramatically undermining the influence of Western petroleum companies.

Even Saudi Arabia, that until recently was the principal supplier of petroleum to the Asian giant, has been undermined by Kremlin diplomacy. While from 2011 the petroleum exports of Saudi Arabia to China were growing at a rhythm of 120 thousand barrels per day, those of Russia grew at a velocity of 550 thousand barrels per day, that is to say, almost five times more rapidly. In fact, in 2015 the Russian companies managed to overcome the sales of petroleum from the Saudis four times: Riyadh had to conform with being the second provider of crude to Beijing in May, September, November and December [2].

It is worth noting that the countries that make up the European core have also seen their share of the market diminished in the face of the Asian region: Germany, for example, was supplanted by China at the end of 2015 as the greater buyer of Russian petroleum [3]. In this way, the great investors operating in the world oil market can hardly believe how, in a few months, the principal purchaser (China) became the favorite client of the third major producer (Russia). In accord with the Vice-President of Transneft (the Russian company charged with the implementation of national oil pipelines), Serge Andronov, China is disposed to import a total volume of 27 million tones of Russian petroleum during 2016 [4].

The Russian-Chinese energy alliance is proposed to go longer. Moscow and Beijing have made their interchanges of petroleum a channel of transition towards a multipolar monetary system, that is to say, a system that is no longer based on the dollar alone, but takes into account various currencies and above all, that reflects the correlation of forces in the current world order. The economic sanctions imposed by Washington and Brussels drove the Russians to eliminate the dollar and the euro from their commercial and financial transactions, since otherwise, they would be too exposed to suffer sabotage in the moment of realizing buying and selling operations with their principal trading partners.

For this reason, from mid-2015, the hydrocarbons that China buys from Russia are paid in yuans, not in dollars, information that has been confirmed by high executives of Gazprom Neft, the petroleum branch of Gazprom [5]. This has lead to the use of the “people’s currency” (‘renminbi’) in the world oil market and at the same time allows Russia to neutralize the economic offensive launched by the United States and the European Union. The underpinnings of a new financial order supported by the petroyuan is emerging: the Chinese money is preparing to become the axis of commercial exchanges of the Asian-Pacific region with the principal petroleum powers. 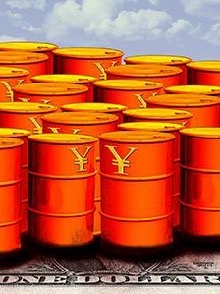 Toda Russia realizes its interchanges of petroleum with China in yuans, in the future the Organization of the Petroleum Exporters Countries (OPEC) will do the same if China demands it. Or will the cult of Saudi Arabia for the dollar make them lose one of their principal clients? [6] Other geoeonomic powers have already followed the path of Russia and China, since they have understood that in order to establish a more balanced monetary system, the “de-dollarization” of the world economy is a priority.

No less important is that after the fall of oil prices, more than 60% (from mid-2014), the Chinese banks have become a decisive financial support for the joint energy infrastructure works. For example, to establish as soon as possible the Russian-Chinese gas pipeline “Force of Siberia”, Gazprom requested from the Bank of China a five-year loan for an amount equivalent to 2 billion euros this past month of March [7]. This is the greatest bilateral credit that Gazprom has contracted with a financial institution to date. Another example is the loan that China gave Russia some weeks ago for a total of 12 billion US dollars for the Yamal LNG project (for liquefied natural gas) in the Arctic region [8]. Obviously, the foreign policy of Russia in energy have not lost any strength due to isolation, on the contrary, it is now enjoying its best moments, thanks to China.

In conclusion, the hostility of the leaders of the United States and the European Union against the government of Vladimir Putin has precipitated the strengthening of the Russian-Chinese team that at the same time has only increased the weight of the Orient in the world market of hydrocarbons. The great bet of Moscow and Beijing is the petroyuan, the strategic instrument of payment that brings with it a challenge to the dominion of the dollar in the fixing of prices for black gold.

[6] «Saudi Arabia having ’a very difficult time selling oil’ as Russia and Iraq compete for trade», The Independent, March 29, 2016.