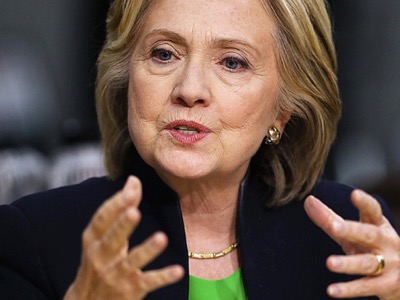 From time to time, it is in the interests of the Western media and political establishment to do a bit of “ethical cleansing”. Thus the West pulls out some skeleton from the closet. A British Parliamentary Committee has criticized David Cameron for authorizing the use of force in Libya when he was Prime Minister in 2011. However the basis for criticism was not the war of aggression per se (even though it erased from the map a sovereign state) but rather the fact that war was entered into without an adequate “intelligence” foundation and also because there was no plan for “reconstruction”. The same mistake was made by President Obama: thus he declared last April that Libya was his “biggest regret”, not because he used US-led Nato forces to reduce it to smithereens but because he had failed to plan for “the day after”. At the same time, Obama has confirmed his support for Hillary Clinton who is now running for president. When Hillary was Secretary of State, she convinced Obama to authorize a covert operation in Libya (which included sending in special forces and arming terrorist groups) in preparation for a US/Nato aero-naval attack. Clinton’s e mails that subsequently came to light, prove what the real motive for war might be: blocking Gaddafi’s plan to harness Libya’s sovereign funds to establish independent financial organizations, located within the African Union and an African currency that could serve as an alternative to the dollar and the CFA franc. Immediately after razing the State of Libya, the US and Nato brought in the Gulf Monarchies and set about a covert operation to destroy the State of Syria by infiltrating it with special forces and terrorist groups that gave birth to Isis. An e mail from Clinton, one of the many the Department of State was compelled to de-classify following the uproar triggered by the disclosures on Wikileaks, proves what is one of the key objectives of the operation still underway. In an e mail dated 31 December 2012, declassified as “case no: F – 2014 – 20439, Doc No. CO5794998”, Hillary Clinton as Secretary of State, wrote:
“It is Iran’s strategic relationship with the Bashar Assad regime that allows Iran to threaten Israel’s security – not through a direct attack but through its allies in Lebanon such as the Hezbollah.”

She then emphasizes that:
“the best way to help Israel is to help the rebellion in Syria that has now lasted for more than a year” (i.e. from 2011). How? By mounting the case that the use of force is a sina qua non to make Basshar Assad fold, so as to endanger his life and his family’s”.

And Clinton concludes:
“wrecking Assad would not only be a huge advantage for the security of the State of Israel, but would also go a long way to reducing Israel’s justifiable fear that it will lose its nuclear monopoly”.

So, the former Secretary of State admits what officially is not said. That Israel is the only country in the Middle East to possess nuclear weapons. The support given by the Obama Administration to Israel, transcending some disagreements (of form rather than substance) is confirmed by the agreement signed on 14 September at Washington under which the United States agrees to supply Israel over a ten year period with weapons of the latest design for a value of 38 billion dollars through an annual financing of 3.3 billion dollars plus half a million for “missile defense”. In the meantime, after the Russian intervention scuppered the plan to engage in war to demolish Syria from within, the US strikes a “truce” (which it immediately violated) and concurrently launches a fresh attack in Libya, draped in the sheepskin of humanitarian operations that Italy participates in with its “para-medics”. Meanwhile Israel, lurking in the background, strengthens its nuclear monopoly so precious to Clinton.