While the emirate of Qatar is sponsoring?promotes an international tour? of an exhibition on the crimes attributed to the Syrian Arab Republic, Manlio Dinucci recalls —with supporting documents—, what we in fact know about this conflict 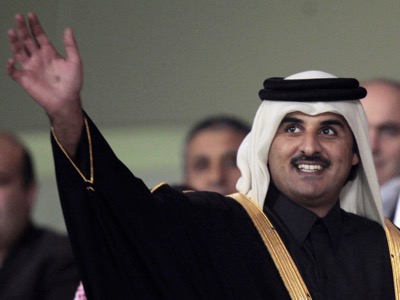 Sheikh Tamim bin Hamad Al Thani, Emir of Qatar since 2013. Qatar is an absolute monarchy. In theory, since 2003 the country has a constitution that provides for the election of a parliament. In practice, political parties are banned and the legislative elections always postponed.

Special units of the US Armed Forces and Secret Services are trained for “PYSOPs”: psychological operations that the Pentagon defines as «planned operations to use specific information to push emotional and motivational buttons and thus the conduct of the public, organizations and foreign governments». Why? «To bring about or consolidate conduct promoting pre-set objectives».

This is exactly what the colossal political and media PSYOP launched against Syria aims at.

An attempt has been made for five years to demolish the Syrian state, pulling it apart from within with armed terrorist groups and infiltrating it from abroad and causing more than 250,000 deaths. Now that the military operation is failing, a psychological operation is launched to make the government and any Syrian resisting aggression look like the aggressors.

The PSYOP kicks off with demonizing President Assad (a fait accompli with Milosevic and Gaddafi). Thus Assad is presented as a sadistic dictator who delights in bombing hospitals and exterminating children, with the help of his buddy Putin (depicted as a neo-tsar of the born-again Russian empire).

This is why, at the beginning of October, various “humanitarian” organizations took the initiative to organize a photographic exhibition at Rome, funded by Qatar’s absolute monarchy. This has already been exhibited at the UN and the Holocaust Museum in Washington through the joint initiative of the USA, Saudi Arabia and Turkey. This contains part of the 55,000 photos that a mysterious Syrian deserter (code name Caesar), says that he shot for the Damascus government to document the torturing and killing of prisoners, that is, its own crimes (regarding the reliability of the photos see the reports below).

At this point we need another exhibition, to exhibit all the documentation that PSYOP’s “intelligence” on Syria demolishes.

For example, the official document of the Pentagon’s Intelligence Agency, dated 12 August 2012 (de-classified on 18 May 2015 through the initiative of “Judicial Watch”): this reports that “Western countries, the Gulf States and Turkey support the opposition forces in Syria to establish a Salafist principality in Western Syria, something the powers that support the opposition desire with the aim of isolating the Syrian regime”. 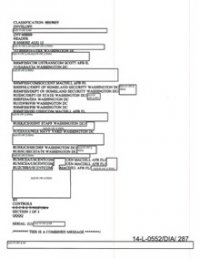 This accounts for the meeting in Syria in May 2013 (documented by photo) between the US Senator John McCain (representing the White House), and Ibrahim al-Badri, the «caliph», at the head of Isis.

In this picture (May 2013), we see Senator John McCain with the future caliph Ibrahim, head of ISIL (left). In an email, the senator’s office called our interpretation of this photograph as "absurd", arguing the ISIL death threats against him. Yet one year later, the senator himself admitted to know ISIL leaders and to keep in touch with them.

This also explains why in 2013, President Obama secretly authorizes operation “Timber Sycamore”. This operation driven by the CIA and funded by Riyadh with millions of dollars, armed and trained “rebels” to infiltrate Syria (see The New York Times [1]).

Other documentation is found in Hillary Clinton’s e mail (de-classified under «case number F-2014-20439, Doc No. C05794498»). In December 2012, Hillary Clinton, as Secretary of State, writes that given the “strategic relationship” between Iran and Syria, «overthrowing Assad would constitute a huge advantage for Israel, and would also reduce Israel’s understandable fear of losing its nuclear monopoly». 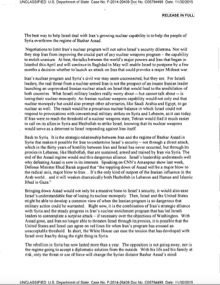 To destroy the PSYOP’s “intelligence”, we also need to look back in history, to how the US has exploited the Kurds since the first Gulf War in 1991. At that time the aim was “to balkanize” Iraq, while today it is to disaggregate Syria. Today, the airbases set up by the US in the Kurdish area in Syria serve the strategy of “divide and rule”, a strategy that does not strive to liberate people but to subjugate them – including the Kurds.