The West: Rewriting the Past

For Manlio Dinucci, the Western media’s coverage of the Berlin attack, as well as the wars in Libya and Syria, does not overly concern itself with established facts. What is happening is what the novelist George Orwell called “The Ministry of Truth”. Current affairs are broken up into small sequences, disconnected from each other so that they cannot be understood. This enables our governments to conceal their crimes. 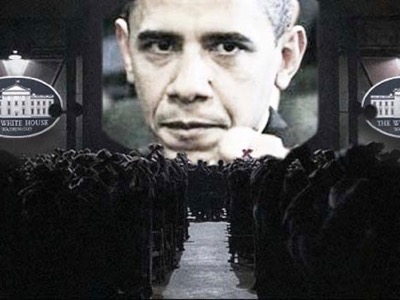 “The Berlin Massacre - why did the terrorist leave his documents behind?” The Corriere della Sera poses this question noting “peculiarities”. In order to answer this question, we need to peer into the recent past… but our memory of it has been completely wiped clean. [A new account] has been written by the “Ministry of Truth” which, thought up by George Orwell in his novel of political fiction, 1984, a critique of “Stalin totalitarianism” – has become a reality in “Western democracies”.

And so, the history reported in recent years is erased: the US/Nato war against Libya, decided, as the Clinton e-mails prove, to block Gaddafi’s plan to create an African currency as an alternative to the dollar and the Cfa Franc [1]; the war, launched by a covert operation authorized by President Obama, financing and arming groups of Islamists (including the nucleus of the future Isis) that previously were defined as terrorists. Then resupplied with arms through a CIA network (as the New York Times reported in March 2013) [2] when after contributing to bringing down Gaddafi, they passed into Syria in 2011 to topple Assad and then to attack Iraq (at the very moment that the al Maliki government was distancing itself from the West and drawing closer to Moscow and Peking) [3].

Deleted: the Pentagon’s Intelligence Agency document (dated 12 August 2012, destroyed on 18 May 2015) [4] affirming that “in Syria, the Western states, the Gulf States and Turkey support the forces that are trying to contain the Western areas” and, to this end, there is “the possibility of establishing a Saliph principality in Eastern Syria”.

Erased – the photographic documentation of the US Senator John Mc Cain, who when he was representing the White House on mission in Syria, meets Ibrahim al-Badri, the “caliph” at the head of Isis, in May 2013. [5]

Using the “newspeak” of images, the tragic condition of Aleppo’s people is kept away from our eyes; Aleppo occupied by terrorist squads supported by the West, but when the Syrian forces supported by Russia begin to liberate the city, we are shown the “torture in Aleppo” everyday.

Yet out of our mind’s eye is kept the capture by the government forces, on December 16, of a command of the “Coalition for Syria”. [The latter] is formed by officials of the United States, Israel, Saudi Arabia, Qatar, Turkey, Jordan and Morocco – that from a bunker in East Aleppo used to coordinate terrorists in Al Nusra and elsewhere. [6]

It is against this backdrop that one may respond to the question raised in the Corriere della Sera: how, as has already happened in the Charlie Hebdo massacre and others, the terrorists forget or intentionally leave behind an identity document to be immediately identified and killed.

In Berlin, other “peculiarities” are observed: on searching the lorry immediately after the massacre, the police and secret services fail to notice that under the driver’s seat is the document of the Tunisian together with a stack of photos. Then they arrest a Pakistani, whom they release the following day for lack of evidence. At this point, one agent, with considerable expertise, is going to look under the driver’s seat where he discovers the identity document of the terrorist. Intercepted quite by chance in the middle of the night and killed by a patrol at the station of Sesto, a kilometre away from where he left the Polish lorry used for the massacre.

All documented by the “Truth Ministry”.

[6] “The Security Council meets in secret after the arrest of NATO officers in Aleppo”, Translation Pete Kimberley, Voltaire Network, 17 December 2016.