Urgent: a diplomatic crisis in the Muslim World

On Monday 5 June 2017, Saudi Arabia, Bahrain, Egypt and the Arab Emirates announced that they were cutting diplomatic ties with Qatar with immediate effect, while the Joint Arab Force engaged in Yemen has excluded Qatar from its ranks.

Saudi Arabia, Bahrain and the Arab Emirates have prohibited all land, sea and air contact with Qatar which renders the air hub at Doha, for the most part, unworkable.

Qatari diplomats have 48 hours to leave these four countries.

Here we have the most serious diplomatic crisis in the Muslim world for nearly 40 years.

Ever since the Arab-Islamic-US Summit at Riyadh, relations between Saudi Arabia, the United Arab Emirates and Qatar have not ceased to be strained.

The Qatari Press Agency had published a communiqué attributing favourable statements on Iran to Emir Tamin. The communiqué also claimed that his family, the Al-Thanis, were descendants of Abdelwahhab, the founder of Wahhabism. Saudi Arabia reacted immediately through each one of its television channels until Qatar declares that its agency’s site had been hacked and withdraws the communiqué. Guaranteeing its good faith, Qatar requested the help of the US FBI to shed light on this matter.

In actual fact, this episode is only the tip of the iceberg: Qatar together with the United Kingdom is participating in an attempt to redistribute the cards in the Middle East, a move which could devastate all current alliances.

Tomorrow read on our site: « Confrontation at Bilderberg 2017 », by Thierry Meyssan (an article that is now under translation). 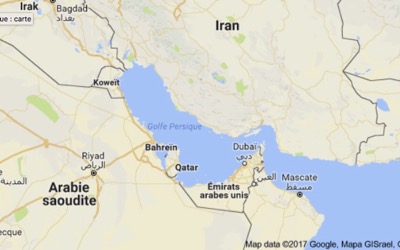