Behind the US attack on Chinese Smartphones

Donald Trump’s attempt to re-balance the commercial flow between China and the USA does not correspond only to his aim of bringing de-localised jobs back to the United States. Indeed, the deployment of new transport and communications infrastructures is swiftly becoming a threat to the US position as leader of the world. The struggle centred around Huawei illustrates the way in which economic and military preoccupations inter-connect. Already, many States have observed that Washington is so far unable to decode this technology. Thus, as they did in Syria, they have entirely re-equipped their Intelligence services with Huawei material, and forbid their civil servants to use any others. 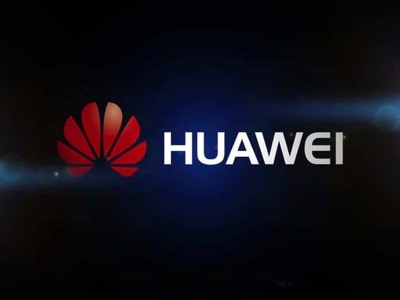 After having imposed heavy taxes on Chinese merchandise - 250 billion dollars - President Trump, at the G-20, accepted a « truce » by postponing further measures, mainly because the US economy has been struck by the Chinese retaliation.

But apart from these commercial considerations, there are also some strategic reasons. Under pressure from the Pentagon and the Intelligence agencies, the USA forbade the use of Smartphones and telecommunications infrastructures from the Chinese company Huawei, warning that they may potentially be used for espionage, and pressured their allies to do the same.

The warning concerning the danger of Chinese espionage, especially addressed to Italy, Germany and Japan, countries which house the most important US military bases, came from the same US Intelligence agencies which have been spying on the telephone communications of their allies for years, in particular in Germany and Japan. The US company Apple, at one time the undisputed leader in the sector, saw its sales doubled by Huawei (a company owned by its workers as share-holders), which moved up to world second place behind the South Korean company Samsung. This is emblematic of a general tendency.

The United States – whose economic supremacy is based artificially on the dollar, until now the main currency for monetary reserves and world commerce – has increasingly been overtaken by China, both in capacity and production quality. The New York Times wrote that « The West was certain that the Chinese approach was not going to work. All it had to do was wait. It’s still waiting. China is planning a vast global network of commerce, investments and infrastructures, which will remodel financial and geopolitical relations ».

This came about above all, though not entirely, along the New Silk Road that China is currently building across 70 Asian, European and African nations.

The New York Times examined 600 projects which have been implemented by China in 112 countries, including 41 oil and gas pipelines, 199 energy centrals, most of them hydro-electric, (including seven dams in Cambodia which supply half of the country’s needs in electricity), 203 bridges, roads and railways, plus several major ports in Pakistan, Sri Lanka, Malaysia and other countries.

All of this is regarded by Washington as « an aggression against our vital interests », as declared by the Pentagon in the National Defense Strategy for the United States of America 2018. The Pentagon defines China as a « strategic competitor which uses a predatory economy to intimidate its neighbours », wilfully overlooking the series of wars waged until 1949 by the United States, including against China, to strip these countries of their resources.

While China is building dams, railways and bridges, useful not only for its commercial network, but also for the development of the countries concerned, in the US wars, dams, railways and bridges are the first targets to be destroyed. China is accused by the Pentagon of « intending to impose, in the short term, its hegemony in the Indo-Pacific region, and catch the United States off-guard in order to achieve future global pre-eminence », together with Russia, accused of wanting to « crush NATO » and « sabotage the democratic process in Crimea and Eastern Ukraine ».

This is the source of the « incident » in the Kerch Strait, provoked by Kiev under the command of the Pentagon, intended to sabotage the meeting between Presidents Trump and Putin at the G-20 (which is what happened) and force Ukraine into NATO, of which it is already a de facto member.

« Long-term strategic competition with China and Russia » is considered by the Pentagon to be a « main priority ». For this purpose, « we shall modernise our nuclear forces and reinforce the trans-Atlantic Alliance of NATO ».