The missiles that Russia sold to Syria

General Ariel Sharon voiced his concerns, during a press conference on february 15, about the sale of Russian missiles to Syria. While still occupying the farms of southern Lebanon and the Syrian Golan, Israel fears that these weapons may be partly purchased by the Hizbullah resistance movement, which it brands as "terrorist", and may be used to confront Tsahal. According to Viktor Litovkine, military analyst for RIA-Novosti, these weapons will not alter the balance of forces, however it is the return of Moscow in the region that threatens the plans of Tel Aviv and Washinton, at the very moment when they are increasing the pressure on Damas. 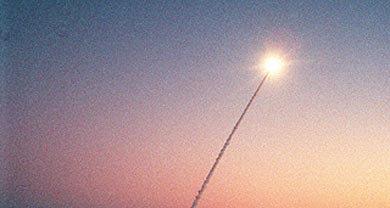 Moscow and Tel Aviv are at loggerheads over the planned Russian deliveries of short-range air defense systems to Syria. Prime Minister Ariel Sharon told journalists that he had asked President Putin not to sell the systems to Syria, but was told that the contract would be honored. «This worries us», the premier said, adding that Russia had promised to ensure the systems would not find their way into terrorists’ hands.

Why is the Israeli government worried? And why did the scandal come to a head now?

According to the Russian Defense Ministry, Moscow plans to sell to Damascus the Strelets vehicle-mounted launcher rather that the portable Igla-S air defense system, which can be fired from the shoulder at an aircraft or helicopter, a cruise missile or any other air target. Although they use the same method of operation, there is a big difference between these two systems. 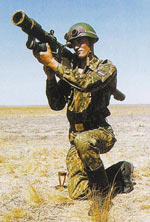 Like the US Stinger, the Igla-S is an autonomous portable system (it weighs about 15kg) that can be fired by a trained operator any time of day and night, regardless of the weather, at approaching and receding targets, and despite electronic and thermal interference. In the hands of terrorists, it could become a formidable threat to any air target flying at an altitude of 10m to 3.5km at a distance of up to 6km.

Strelets is a weapon system comprising control and launch elements (platforms) that can fire four to eight Igla-S missiles. The tactical and technical characteristics of Strelets and Igla are the same, but Strelets must be mounted on a rail located in an ordinary vehicle (like a Jeep), the turret of an armored car, a patrol boat, or on the undercarriage of a helicopter gunship. To fire a missile from Strelets, you should have a platform on which it would move: it is impossible to shoulder-fire a missile from a system that weighs anywhere between 80kg and 120kg depending on the number of Igla missiles in it.

Another fundamental difference between Strelets and Igla-S is that the targeting and control system of Igla is located on the launcher tube, while the control instruments of Strelets are removed from the launching sector. They are connected with the launcher by shielded electric cables or can be located in the cabin of the vehicle, the turret of the armored car, at the helicopter control panel, and on the bridge of the patrol boat. The Strelets launcher with a missile but without controls would be useless, including for terrorists, as targeting becomes impossible.

It seems strange that some people worry the weapon may «reach terrorist organizations». Tel Aviv used to claim that Israel’s border was sealed and not even a mouse can get through its roadblocks. How then would a missile system, which cannot be hidden in a backpack or coffer, cross the border? It could be sneaked in underground, but the passage should be a veritable tunnel.

What is the reason for Israel’s concern? Is it alarmed that Syria, a sovereign state and an equal member of the UN, against which no sanctions and warning have been issued, would be able to protect its skies from unwanted guests? Does not Israel recognize Damascus’s right to independence and the protection of its territory? If so, it should say so out loud, rather than make far-fetched allegations about the possibility «that these weapons ... reach terror organizations». There is a simple way to avoid coming face to face with an Igla: Do not fly into foreign air space without permission.

According to the information of the London-based International Institute for Strategic Studies published in the bulletin The Military Balance, Syria has a sufficiently powerful and effective air defense system that incorporates, apart from fighter aircraft, Soviet and Russian S-75 Dvina, S-125 Neva, and S-200 Angara surface-to-air missile systems. Experts point to their effectiveness against the US air force in Vietnam and Israeli aircraft in Egypt. Syria has about 650 of them, as well as about 50 Kub or Kvadrat (SA-6) and Osa-AK (SA-8) air defense systems with the ground forces. Syrians even have an S-300 system.

The range of these systems is between 2km and 300km with an altitude of up to 25km. So, a few Strelets systems could add a new element to the Syrian army but would not change the military balance in the region significantly, which the Israeli military know only too well.

Why has the scandal over the Strelets broken out now? This is obvious: George Bush and Vladimir Putin will meet during a NATO summit in Bratislava in a few days. Although Washington and Moscow keep saying that nothing much has changed in the friendly relations between their leaders, some people want to complicate them as much as possible for mercenary interests.

At the very least, they want to oust Russia from the Middle Eastern arms market, which brings it about $1.5 billion a year. This is something to fight for. Or maybe they want to show to the "unreasonable" countries that only Tel Aviv and Washington may make decisions on the regional situation, and that this right is denied to Moscow and other capitals, including European ones, and even the UN Security Council. And lastly, some people may deem it useful to prevent the planned signing of an agreement on stricter American and Russian control over man-portable air defense systems (MANPADS) in the capital of Slovakia.

Far from all politicians and diplomats see the difference between the Igla surface-to-air missile system and the Strelets block of control equipment and launching modules. Probably hoping that the two leaders will be too busy in Bratislava to get through the technical jargon, some people are trying to prove now that Russia is grossly violating the MANPADS agreement even before it has signed it. This is an old trick, and one can only hope that it will not work, now or later.

Retired Colonel after thirty years of service in the Red Army. Former editor of the Izvestia defense column (1999-2002) and Current deputy editor-in-chief of the Indépendant Military Review. He is the author of several books and documentaries.

Convincing Taxpayers Nice and Easy
An American Lesson In PR