Ten days after the start of hostilities and despite evidence to the contrary, Western mainstream media continue to portray North Korea as the villain. Foreign policy analyst Stephen Gowans views the ongoing incidents as the last in a series of provocations against North Korea. Keeping Pyongyang under constant military pressure has been part of a long-standing goal of the U.S. - in tandem with its South Korean ally - to bring North Korea to the brink of collapse by pushing Pyongyang into accrued defense spending to the detriment of its economic development. 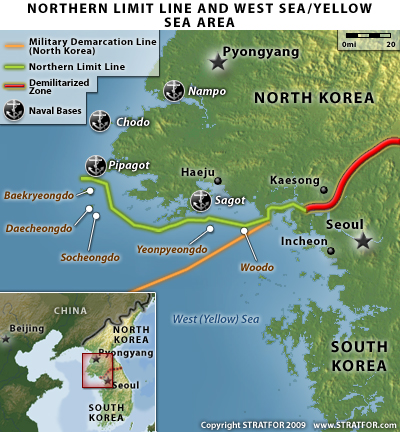 While North Korea has been blamed for last Tuesday’s exchange of artillery fire on the Korean peninsula, a close reading of news reports shows that it was South Korea that created a tinderbox and then provided the spark.

A year ago, the countries’ warships clashed in the disputed area, with a North Korean warship going down in flames. “In 1999, a North Korean ship went down with thirty sailors lost and maybe seventy wounded” in the same area. [1] The contested border is not part of the Armistice Agreement that brought active hostilities to an end. 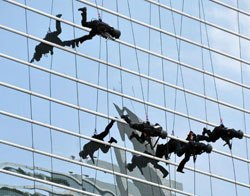 South Korean and US troops are preparing for alleged North Korean attack.

The backdrop for the latest incident was the South’s mobilizing 70,000 troops, 50 warships, 90 helicopters, 500 warplanes and 600 tanks in war-games exercises the North had vigorously objected to. Pyongyang described the exercises—which also involved the US Marines and the US Air Force–as “simulating an invasion of the North”, “a means to provoke a war” and “a rehearsal for an invasion.” Western press reports and US government officials dismissed Pyongyang’s anxiety over the war-games as overblown, pointing out that the exercise had been announced in advance. But advance notice hardly lessens the potential threat of massing troops, or makes the North Korean military’s task of distinguishing between war-games and preparation for an invasion any easier.

With the North Koreans already on edge, South Korea acted to heighten the tension.

According to an Associated Press report :

The South Korean newspaper, The Hankyoreh, carried a similar report.

“Prior to the incident the South Korean military carried out a firing exercise…in the (disputed) area around Yeonpyeong Island and Baengnyeong Island…North Korea sent a message Tuesday morning that it would not tolerate firing in its territorial waters.” [3]

The New York Times noted that South Korean “artillery units had been firing from a battery on the South Korean island of Baeknyeongdo, close to the North Korean coast” and that “the South acknowledged firing test shots in the (disputed) area.” [4]

The South regularly mounts war-games drills directed at North Korea, keeping the North on a continual war footing and in a constant state of high alert. North Korea’s response to the provocation is being used to justify a build-up of US forces in the region, and more joint ROK-US exercises. 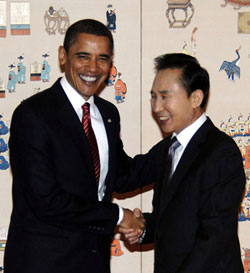 “President Obama and South Korea’s president agreed…to hold joint military exercises as a first response,” reported the New York Times. “The exercise will include sending the aircraft carrier George Washington and a number of accompanying ships into the region…” [5]

Earlier this year, the United States and South Korea used the sinking of the Cheonan, a South Korean warship, as an excuse to ratchet up military pressure on North Korea. The warship appears to have run aground in the same area in which the latest incident occurred. Seoul and Washington blamed North Korea for the sinking, but the evidence South Korea brought forward in a report authored by itself and its allies is disputed within South Korea and has been questioned by an official Russian investigation. North Korea vehemently denies it sunk the warship.

The latest South Korean provocation may be part of a larger US-ROK campaign to escalate military pressure on North Korea, with the aim of forcing Pyongyang to divert more of its limited resources to defense, thereby crippling North Korea’s prospects for development and possibly ushering in the collapse of the country. Washington has long followed a practice of isolating, blockading and using military threats to intimidate countries that have broken free of imperialist domination.

This isn’t an isolated incident, in which an unpredictable and bellicose North Korea behaves badly to extract concessions from the West–as the predictably anti-North Korea Western media put it–but part of a larger pattern of the West seeking the DPRK’s destruction through a program of escalating diplomatic isolation, economic warfare and military provocations.