It is not Nato, but the Left that is “obsolete”

Manlio Dinucci considers that the European Left has thrown overboard its values: it slams the US restrictions on immigration without really understanding their nature or design. At the same time, it is fiercely committed to increasing its military expenditure. And why? For empire building and conservation. 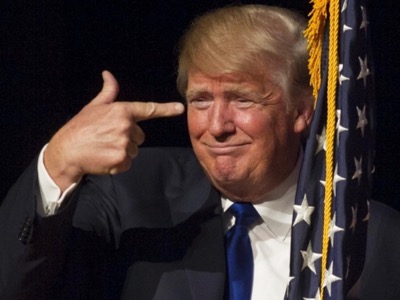 Authoritative voices from the European Left have united at the anti-Trump protest “No Ban No Wall” which is taking place across the United States. Yet erased from their minds is the French/British wall at Calais, anti-migrant in design. Their lips tightly sealed on the fact that the exodus of refugees originates from the wars in which Nato European states have participated in.

They disregard the fact that in the United States, the ban is blocking the entry of persons coming from the following countries: Iraq, Libya, Syria, Somalia, Sudan, Yemen and Iran, all against which for more than 25 years, the United States had led both open and covert wars: persons to whom till now entry visas had been granted essentially not on humanitarian grounds, but to form a community of immigrants (on the model of exiled Anti-Castro Cubans) in the United States functional to the US strategies of destabilization in their countries of origin. The first to be blocked and initiate a class action against the ban? An Iraqi contractor and interpreter who have collaborated for a long time with US occupants from their own country.

President Hollande, on seeing France usurped by Great Britain, which has reacquired the role of the US’s closest ally, is shocked by the support Trump lent to Brexit and is asking the European Union (which France left out of consideration when formulating its external policy) to make its voice heard. Yet this voice does not in fact exist, for 22 of the 28 EU members are part of Nato. Also, the EU recognizes Nato as “the foundation of collective defense” which is led by the Supreme Allied Commander appointed by the United States (so now by Donald Trump).

The Chancellor, Angela Merkel, while expressing her “regret” over the White House’s policy vis-à-vis refugees in a telephone conversation with Trump, is inviting him to the G20 which is taking place in July at Hamburg. “The President and the Chancellor – informs the White House – agree on the fundamental importance of Nato to guarantee peace and stability”.

So Nato is not “obsolete” as Trump had claimed. The two rulers “recognize that our common defense requires appropriate military investment”.

More explicitly, the British Prime Minister, Theresa May, who was received by Trump, is committed to “encouraging my colleagues, the European leaders, to implement the commitment to spend 2% of their GDP on defense, so that the burden is more fairly distributed”.

According to official data for 2016, only 5 Nato countries have a level of expenditure for “defense” equal or superior to 2% of the GDP: the United States (3.6%), Greece, Great Britain, Estonia and Poland. Nato figures indicate that Italy spends 1.1% of its GDP on “defense”, but is making progress: when compared with 2015, in 2016 it increased expenditure by more than 10%. According to Nato official data for 2016, the Italian expenditure for “defense” amounts to 55 million Euro per day. The actual military expenditure is in fact far higher, given that the “defense” balance sheet does not include the cost of the military missions abroad, nor important armaments, such as war ships funded with billions of euro under the Law of Stability and by the Ministry for Economic Development. However Italy has pledged a 2% GDP uplift to “defense” [1]. And how much does this represent per day? About 100 million euro.

Yet the Institutional Left blinds its eyes to this point while waiting for Trump, when he has a free moment, to makes a telephone call to Gentiloni [2].

[2] Paolo Gentiloni is the President of the Council after Matteo Renzi resigned in December 2016. He is a member of the Democratic Party.

Source : “It is not Nato, but the Left that is “obsolete””, by Manlio Dinucci, Translation Anoosha Boralessa, Il Manifesto (Italy), Voltaire Network, 31 January 2017, www.voltairenet.org/article195153.html

Source : “It is not Nato, but the Left that is “obsolete””, by Manlio Dinucci, Translation Anoosha Boralessa, Il Manifesto (Italy) , Voltaire Network, 31 January 2017, www.voltairenet.org/article195153.html