Following France’s example, Italy is going to centralize all its armed forces within a local Pentagon. One by one, each Nato member will be invited to restructure, following the example of the US, its big brother. Violating the Italian Constitution, this evolution radically changes the armed forces’ missions. 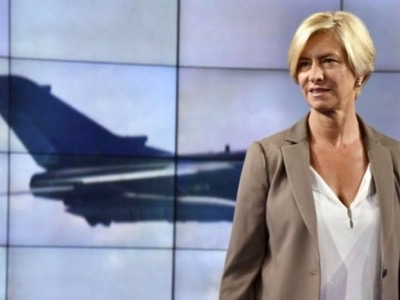 Minister Pinotti has but one dream: an Italian Pentagon - a single structure for the heads of all the armed forces – a miniature copy of the US model. The dream is on the verge of being realized.

The new structure, announces the Minister in an interview with the Repubblica, is already in the planning phase and a first tranche of funds is provided in the budget of the Stability Law. It will rise up in the airport area of Centocelle in Rome, where there is [sufficient] space to construct other buildings and infrastructures. The Directorate-General of Arms, with its 1,500 staff has also relocated to Centocelle; the operational Commander of the inter-force heads is already there, through whom the Chief of Staff of Defense commands all the armed forces operations. Most importantly, those operations abroad: Italy has committed itself to 30 military missions in 20 countries, from Kosovo to Iraq and Afghanistan, from Libya to Somalia and Mali. The Minister explains that given that components of all the armed forces participate in all of these missions, a single, interface command is needed, based at Centocelle.

Thus the draft law on implementing the White Book for International Security and Defense, presented on 10 February by the Council of Ministers becomes effective, even before it is discussed in parliament. Thus a bloodless coup is in full swing. With noone saying a word, the coup subverts the constitutional bases of the Italian Republic, reconfiguring it into a power that intervenes by force in the areas overlooking the Mediterranean — North Africa, the Middle East, the Balkans — to bolster its own economic and strategic “vital interests” and anywhere else in the world where the Western interests, as represented by Nato under US command, are at stake. New arms are needed for this end.

Let’s take the example of the first two Gulfstream 550 modernized airplanes that Italy has just received from Israel at a price of around a billion dollars: these are true and proper flying commands, equipped with the most advanced electronics, for long range offensive missions.

At the same time, Italy needs war professionals, capable of using new technologies and fighting in far off countries in the most diverse environmental conditions. “We need young soldiers, — explains Minister Pinotti — the key is to enlist personnel aged between 19-20 years, by offering them a substantial training package for seven years of their lives, that teaches them languages and professionalism. If they find themselves on the job market when they are 26 or 27 years old, they will not find it difficult to find another occupation, because we are committed to creating new employment opportunities through legislative pathways”.

Thus in a context of unemployment and job instability, the youth are offered a path that will enable them to earn a wage and to hold a secure job: the war. And the draft law also entrusts the war professionals and the commands of the Italian Pentagon, with “safeguarding free institutions” with “specific tasks in cases of extraordinary necessity and urgency”. This is a vague formulation that lends itself to authoritative measures and subversive strategies.

All this costs. Italy, Pinotti announces, even while still unable to meet the Nato requirement of contributing 2% of its GDP to “defense”, is increasing its commitment: “This year, we are contributing 1.18% of the GDP - in real terms around 23 billion”. Then the minister informs us that Italy spends on average 63 million euro per day on “defense”. This is in addition to the costs for the military missions and the main weapons, written in the budgets of other ministries.