After fundraising in favor of the Voltaire Network was illegally diverted by a bank and many other banks have closed or refused to open an account for a funding campaign, Thierry Meyssan takes stock of the legal and financial situation of the association. 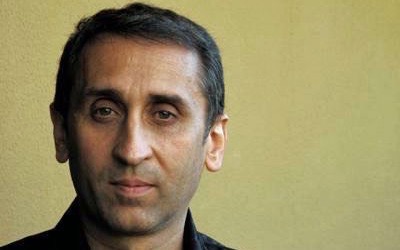 A month ago, we asked for your help to pay back a debt that jeopardized the continuation of our work. The outstanding sum was collected in a few days but the website that collected it did not forward it to us and illegally returned it to the donors.

However, we have since collected 26,000 euros from an account opened by Alain Benajam and the related PayPal account.

The bank that manages this account, panicked at the fuss around our kitty and blocked any transaction as the law allows it. In the end, we recovered that money and that account was closed.

We negotiated with our creditor. We transferred the money already collected and got a reprieve for the rest, knowing that our readers are ready to refund and that the problem is not one of cash, but of transfer.

These repeated problems confirm the existence of an international blacklist that prevents us from benefitting from banking services for political reasons.

In the tradition of Voltaire, we have never dissociated political analysis from the defense of fundamental freedoms. It is very important for us to make the law triumph. In 2001-03, we were sued by a multinational company asking us for 1 million euros in damages for using the name of its brands and its logo during a boycott campaign. We had indeed denounced the closure of a profitable and surplus plant because the shareholders of the firm wanted to invest its value in an even more juicy operation. From our point of view, property rights, like all rights, have limits and the owners could not put hundreds of workers out of work, not out of economic necessity, but out of financial gain alone. This affair was announced as the Iron Pot against the Pot of Earth. We then argued in Court that the right of expression is superior to trademark law and that we were entitled to nominally and visually designate this multinational by its logo in the context of a democratic debate. The Court of Appeal of Paris has agreed with us [1] and we have also partially won at the political level since a law was passed in France governing this type of dismissal.

So that our problems can not be repeated, we are putting in place a sustainable system of fundraising. It will probably take more than a month and can not be done in the time allotted to us to repay our debt.

Regardless of these steps, we wish to file a complaint against the two companies managing the fundraising website. Their infringement does not only concern the Voltaire Network association, but all the donors, so you yourself: you have given money to this website with the commitment that it would be transmitted to us. Instead, it has been sent back to you under a false pretext. We consider this to be a "breach of trust".

A donor was not reimbursed because the bank card he had used has now expired. He had to ask for this money to get it. Another has been repaid in the form of credit, but cannot withdraw cash, etc.

To cover the rest of our debt, we opened a new PayPal account, this time backed by our lawyer’s bank account.

We ask you to make your contribution urgently so that we can continue to support this website and present our analysis of international relations.

Thank you in advance.

What Russian TV is saying about Thierry Meyssan’s book