In 48 countries simultaneously, there are very large demonstrations challenging the political regime of the state. The supremacy of the democratic model, accepted by almost everyone at the end of the 20th century, is now being called into question. For Thierry Meyssan, no constitutional system will solve today’s problems, which are primarily the consequence of values and behaviour. 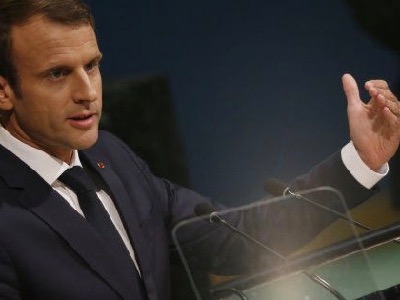 On several continents, 48 peoples are currently rising up against their governments. A movement of such magnitude has never been observed on a planetary scale. After the period of financial globalization, we are witnessing a contestation of political systems and are imagining the emergence of new forms of government.

The "supremacy" of democracy

The nineteenth and twentieth centuries saw both the triumph of the use of elections and the enlargement of the electoral bodies (free men, the poor, women, ethnic minorities, etc.).

The development of the middle classes gave more people time to take an interest in politics. It has encouraged debate and helped to soften social mores.

The nascent means of communication gave the opportunity to participate in public life to those who wanted to do so. Presidents are not elected in response to social struggles, but because they can be elected today. In the past, automatic successions were favoured, usually hereditary, but not always. It was in fact impossible for everyone to be informed of public affairs and to give their opinion quickly.

Stupidly we have assimilated the sociological transformation of societies and this technical progress to a choice of regime: democracy. Now, democracy is not a law, but a state of mind, an ideal: "the government of the People, by the People and for the People," as Abraham Lincoln put it.

We soon realized that democratic institutions are no better than others. They enlarge the number of the privileged, but in the end, they allow a majority to exploit a minority. So we designed all kinds of laws to improve that system. We equated the separation of powers with the protection of minorities.

However, the democratic model no longer works. Many citizens find that their opinions are no longer taken into account. This is not due to the institutions, which have changed little in terms of substance, but to the way they are used.

Furthermore, after we have convinced ourselves, with Winston Churchill, that "Democracy is a bad system, but it is the least bad of all systems", we realize that each political regime must respond to the concerns of people who are different according to their history, their culture; that what is good here will not be good there or at another time.

We must be wary of vocabulary in politics. The meaning of words changes over time. They are often introduced with good intentions and misused with bad ones. We confuse our ideas with the words we use to express them, but which others use to betray them. I will therefore clarify in this text what I mean by the most important ones.

We need to re-examine the question of our governance. Not in the fashion of Emmanuel Macron, who contrasts "democracy" and "dictatorship" in order to end the debate before it has begun. These two words cover realities of a different order. Democracy refers to a regime in which the greatest number of people participate. It is opposed to oligarchy, where power is exercised by a few. On the contrary, if we no longer talk about the number of people involved in the decision, but about how the decision is made, dictatorship refers to a regime where the leader, a military commander, may have to make his decision without being able to debate it. It is opposed to parliamentarianism.

The legitimacy of the Republic

First and foremost, we must ask the question of legitimacy, that is, why do we recognize the government, and then the state, as being so useful that we accept their authority?

We are obeying a government that we believe is serving our interests. This is the idea of a "republic" in the Roman sense. Thus, the kings of France patiently constructed the idea of "general interest" to which the Anglo-Saxons were opposed from the 17th century onwards and from the experience of Oliver Cromwell. Today, the United Kingdom and the United States are the only countries where it is claimed that there is no general interest, but only a sum - as high as possible - of disparate and contradictory interests.

The British suspect a priori that anyone who speaks of the general interest wants to restore Oliver Cromwell’s bloody Republican regime. The United States wants every federal state to be republican (i.e. serving the interests of the local population), but they do not want the federal state - which they distrust - to be republican (because, they believe, it cannot serve the interests of all the components of this immigrant nation). This is why a candidate in the USA does not present a programme setting out his vision of society as in the rest of the world, but a list of interest groups that support him.

The Anglo-Saxon thinking seems strange to me, but it is theirs. I will continue my reflections with those peoples who accept the idea of the general interest. For them, all political regimes are acceptable, as long as they serve the general interest, which unfortunately is no longer generally the case in our democracies. The problem is that no constitution can guarantee this service. It is a practice, nothing more.

The question then arises as to the qualities necessary for the proper functioning of a political regime, whether democratic or not. As early as the 16th century, Machiavelli had answered this question by stating the principle of "virtue". By virtue, one should not in any way understand a moral of any kind, but a form of disinterestedness that allows one to take care of the general interest without seeking personal profit; a quality that almost all Western political personnel seem to lack today.

Machiavelli is often cited as the thinker of trickery in politics and described as a manipulator. Certainly, he was not a naive man, but a man who taught both the prince how to use his power to triumph over his enemies and how not to abuse his power.

Gene Sharp’s work and the experience of colourful revolutions show us that, whatever political regime governs us, we always have the leaders we deserve. No regime can last without the support of its people.

Therefore, we are collectively responsible for the lack of virtue of our leaders. Even more than changing our institutions, we must therefore change ourselves and no longer consider others according to the thickness of their wallets, but first and foremost according to their virtue.

To virtue, the French Revolution added brotherhood. Again, this was not a moral or religious matter, nor was it a matter of any social welfare, but the brotherhood of arms of the soldiers of the second year. They had volunteered to save the country from the Prussian invasion, in the face of a professional army. Among themselves, they no longer differentiated between the aristocracy and the Third State, realizing their ideal of equality. And they were victorious.

Their anthem, La Marseillaise, became the anthem of the French Republic as well as that of the Soviet Revolution in its early days (before the Gulag). Its refrain is misunderstood today:
To arms, citizens,
Form your battalions,
Let’s march, let’s march!
That impure blood
Water our furrows!

It is wrongly interpreted as if we were going to water our furrows with the blood of our enemies. But the blood of the tyrant’s soldiers can only poison our land. In the imagination of the time, the "impure blood" of the People is opposed to the "blue blood" of the officers of the Prussian Empire. It is the exaltation of the supreme sacrifice that founds the brotherhood of arms of the Revolutionaries.

The brotherhood of arms of the People corresponds to the virtue of the rulers. The two answer each other.

Today we are living in a period not unlike that of the French Revolution: society is once again divided into orders. On the one hand, there are leaders chosen from birth, then clerics dispensing their social morality through the media, and finally a third state that is being pushed back with tear gas and rubber bullets. But there is no reason at the moment to die for the fatherland in the face of the interests represented by the thousand business leaders meeting in Davos.

In any case, people everywhere are looking for new forms of governance, in line with their history and aspirations.