The future of "America", increasingly armed

The federal government of the United States is responsible for defense and foreign policy, as well as the prosecution and adjudication of federal crimes. The new budget plans to close large agencies whose role is constitutionally vested in the states. It chooses to make no cuts in military spending although US troops in the broader Middle East and Africa are to "come home" in the last year of President Trump’s first term. Instead, Washington will expand its arsenal. 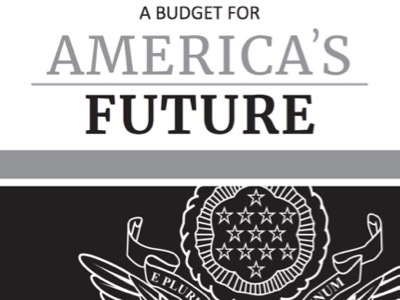 The Budget for America’s Future, presented by the U.S. government, shows what the Trump Administration’s priorities are in the federal balance sheet for fiscal year 2021 (which begins October 1 of this year).

Above all, it cuts social spending: for example, it cuts the allocation required by the Department of Health and Human Services by 10%. While these same health authorities report that the flu alone caused about 10,000 deaths in the US from October to February out of a population of 330 million. This information is being killed by the major media, which on the other hand are sounding the global alarm for the 1,770 deaths due to the coronavirus in China, a country of 1.4 billion people that has been able to take exceptional measures to limit the damage of the epidemic.

One cannot help but be suspicious of the real objectives of the harassing media campaign, which is sowing terror over all things Chinese, when, in the motivation of the US budget, it is stated that "America has before it the challenge coming from resurgent rival national states, notably China and Russia".

China is accused of "waging an economic war with cyber-weapons against the United States and its allies" and of "wanting to shape the Indo-Pacific region, which is critical to US security and economic interests, in its own image". To ensure that "the region is free of the evil Chinese influence", the US government is funding the "Global Engagement Center for Countering Chinese Propaganda and Misinformation" with $30 million. In the context of "growing strategic competition", the US government states that "the Budget gives priority to funding programs that increase our war advantage against China, Russia and all other adversaries".

To this end, President Trump announced that "to guarantee internal security and promote US interests abroad, my budget requires $740.5 billion for National Defence" (compared to $94.5 billion for the Department of Health and Human Services).

The military allocation includes $69 billion for overseas war operations, more than $19 billion for 10 warships and $15 billion for 115 F-35 fighters and other aircraft, and $11 billion for potentiating land-based armaments.

For the Pentagon’s science and technology programmes $14 billion is required for the development of hypersonic and direct energy weapons, space systems and 5G networks.

These are just a few items in a long list of spending (in public money), which includes all the most advanced weapons systems, with colossal profits for Lockheed Martin and other war industries.

"America’s future" may mean the end of the world.