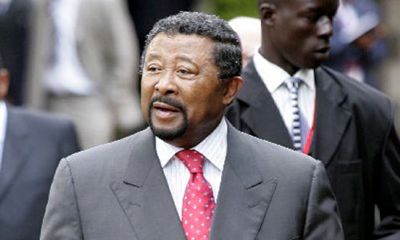 2. Reaffirming the UNSC’s primary responsibility for the maintenance of international peace and security and the mandate of the AUPSC with regard to the promotion of peace and security in Africa, as well as the provisions of Chapter VIII of the UN Charter on the role of regional arrangements in the settlement of disputes among and within their Member States, and also recalling the communiqués of their previous consultative meetings held between 2007 and 2010, the meeting, again, reviewed matters of common interest, in particular ways and means of strengthening the partnership between the two institutions consistent with Chapter VIII of the UN Charter with regard to the maintenance of peace and security in Africa.

3. The members of the UNSC and the AUPSC assessed their co‐operation with regard to conflict prevention and resolution, peacekeeping and peacebuilding, including the maintenance of constitutional order, the promotion of human rights, democracy, and the rule of law in Africa.

4. The members of the UNSC and the AUPSC expressed concern at the situation of women and children in conflict situations and post‐conflict contexts; they stressed the need to effectively address the problem of sexual violence in armed conflicts, to investigate crimes committed against women and children and to ensure that their perpetrators are brought to justice. The members of the UNSC and the AUPSC also recognized the positive role that women have played in the peaceful resolution of conflicts and underscored the need to strengthen women’s participation in peace mediation and political processes.

Strengthening of Methods of Work and Cooperation

5. The members of the UNSC and the AUPSC welcomed the establishment, on 1 July 2010, of the United Nations Office to the African Union, which integrates the mandates of the former Liaison Office, the Peacekeeping Support Team, the Planning Team for AMISOM, as well as the support elements of UNAMID Joint Coordination Mechanism, as a concrete step in the strengthening of cooperation between the United Nations Secretariat and the Commission of the African Union.

6. The members of the UNSC and the AUPSC reiterated the need to enhance the predictability, sustainability and flexibility of financing of the AU’s peace and security capability. They noted the Report of the AU‐UN Panel (A/63/666‐S/2008/813) as an important contribution towards the overall efforts to enhance the capacity of the AU in undertaking peacekeeping operations. They look forward to the reports that the Chairperson of the AU Commission and the Secretary‐General of the United Nations intend to submit on their respective strategic visions of the partnership between the AU and the UN. They agreed on the need to implement their previous agreement to further consider undertaking collaborative field missions, on a caseby‐ case basis and as appropriate, in respect of selected peacekeeping operations, in order to enhance synergy in monitoring assessment of results and response strategies.

7. The members of the UNSC and the AUPSC welcomed the inaugural meeting of the Joint UN‐AU Task Force on Peace and Security, held in New York, on 25 September 2010, as well as the second meeting of the Task Force, which took place in Addis Ababa, on 4 February 2011. They encouraged the Task Force to focus on strategic and country‐specific issues of the African continent that are of interest to both organizations.

8. The members of the UNSC and the AUPSC expressed their deep concern over the continuation of violence in Libya, and reaffirmed their commitment to the full implementation of United Nations Security Council resolutions 1970 (2011) and 1973 (2011) to ensure protection of civilians in Libya.

9. The members of the UNSC and the AUPSC demanded the immediate establishment of a ceasefire and a complete end to violence and all attacks against, and abuses of, civilians, and a solution to the crisis which responds to the legitimate demands of the Libyan people. They stressed the need for such a ceasefire to be credible and verifiable, and encouraged the African Union and the United Nations, as well as other stakeholders, to spare no efforts in achieving this objective.

10. The members of the UNSC and the AUPSC stressed the need for a political solution to the conflict in Libya. In this respect, and recalling the provisions of paragraph 2 of UN Security Council resolution 1973(2011), they welcomed the efforts of the Special Envoy of the Secretary‐ General for Libya, M. Abdel‐Elah Mohamed Al‐Khatib, and those of the AU High‐Level ad hoc Committee on Libya in the context of the AU Roadmap. They agreed to continue their efforts in support of the UN and in accordance with paragraph 2 of Security Council resolution 1973(2011) to find a solution to the crisis.

11. The members of the UNSC and the AUPSC expressed serious concern over the deteriorating humanitarian situation in the country, and called for full compliance with human rights and International Humanitarian Law and the creation of the required conditions for the delivery of assistance to all needy populations across Libya. They stressed the need to provide specific support to the African migrant workers living in Libya, including those seeking to leave the country.

12. The members of the UNSC and the AUPSC welcomed the inauguration of President Alassane Dramane Ouattara, which took place today, 21 May 2011, in Yamoussoukro. They commended the valuable roles played by the United Nations, the African Union, through the High‐Level Panel for the Resolution of the Crisis in Côte d’Ivoire, and ECOWAS in resolving the Ivorian post‐election conflict. They called for their continued vigilance, engagement and coordination in the stabilization and peace consolidation in Côte d’Ivoire.

13. The members of the UNSC and the AUPSC stressed their readiness to assist the Ivorian State in rebuilding its institutions and completing the unfinished aspects of the peace process, including the Disarmament, Demobilization and Reintegration process, Security Sector Reform and the other reunification tasks.

14. The members of the UNSC and the AUPSC reaffirmed their full support to the Ivorian authorities’ efforts aimed at promoting justice and reconciliation, including the planned establishment of a Truth, Dialogue and Reconciliation Commission. They further welcomed President Ouattara’s commitment to investigate alleged human rights violations during the post‐electoral crisis.

15. The members of the UNSC and the AUPSC welcomed the successful referendum conducted in South Sudan in January 2011, and commended the Parties for their commitment. They appealed to all members of the international community to provide the requisite support to facilitate the emergence of two viable States living side‐by‐side, in peace and good neighborliness, and working together to meet common challenges. They urged the Parties to reach, under the auspices of the African Union High‐Level Implementation Panel (AUHIP) and its Chair, former President Thabo Mbeki, agreement on outstanding CPA issues and post‐CPA arrangements, and stressed the importance of inclusive, timely, and credible popular consultations processes, in accordance with the CPA.

16. The members of the UNSC and the AUPSC expressed deep concern over increased violence in the Abyei Area. They called on both Parties to implement and adhere to recent security agreements and to urgently reach an agreement on Abyei’s post‐CPA status. In this regard, they acknowledged the July 2009 ruling by The Hague’s Permanent Court of Arbitration, which defines the borders of Abyei.

17. The members of the UNSC and the AUPSC expressed concern at the violence and insecurity in Darfur. They emphasised the importance of reaching an inclusive and comprehensive solution in Darfur, based on a positive outcome of the Doha peace talks, and called on the Government of Sudan and the armed movements to contribute to the creation of the necessary enabling environment for the Darfur Political Process, including: (i) civil and political rights of participants such that they can exercise their views without fear of retribution; (ii) freedom of speech and assembly, to allow for open consultations; (iii) freedom of movement of participants and UNAMID; (iv) proportional participation among Darfurians; (v) freedom from harassment, arbitrary arrest and intimidation; and (vi) freedom form interference by the Government or armed movements. They saluted the efforts of the AUHIP and the African Union ‐ United Nations Operation in Darfur (UNAMID).

18. The members of the UNSC and the AUPSC expressed their grave concern at the continued instability in Somalia, which has led to a multitude of problems, including a dire humanitarian situation, compounded by drought, continued suffering of the Somali populations, terrorism, the recruitment and use of child soldiers, acts of piracy and armed robbery at sea off the coast of Somalia and hostage taking, and reiterated the need for a comprehensive strategy to encourage the establishment of peace and stability in Somalia through the collaborative efforts of all stakeholders and in line with the Djibouti Agreement. They urged all Somali stakeholders to participate in the upcoming consultative meeting to be held in Mogadishu and play a role in finalising arrangements for ending the transition in August 2011. They called upon all opposition groups to lay down their arms and join the peace process.

19. The members of the UNSC and the AUPSC commended the progress made by the African Union Mission in Somalia (AMISOM) and the Somali Security Forces in consolidating security and stability in Mogadishu, and recognised the significant sacrifices made by these Forces. They stressed the importance of predictable, reliable and timely resources for AMISOM. They called upon the international community to make contributions urgently to AMISOM, without caveats. They noted the recommendations on Somalia of the African Union Peace and Security Council of 15 October 2010.

20. The members of the UNSC and the AUPSC underlined the importance of a comprehensive response to tackle piracy and its underlying causes and, in this respect, noted the request to the UN Secretary‐General to report on the protection of Somali natural resources and waters, and on alleged illegal fishing and illegal dumping, including of toxic substances, in line with operative paragraph 7 of resolution 1976.

21. The next consultative meeting will be held at the Headquarters of the United Nations, in New York, no later than July 2012.

The Overthrow of Omar el-Bechir

Norway, UK and US statement on the current unrest in Sudan

EU Support for a Muslim Brotherhood Militia in Sudan

Pirates of the Indian Ocean
THE ART OF WAR