The war against historical memory is NATO’s long-term campaign

NATO is an immemorial alliance that liberated Europe from Nazism and protects us from the Russian bear, then that is what we should believe. The historical truth is very different, but NATO strives to revise it. A long-term task with dark consequences.

Breaking news : The author of this article was arrested and jailed, May 18th, 2016 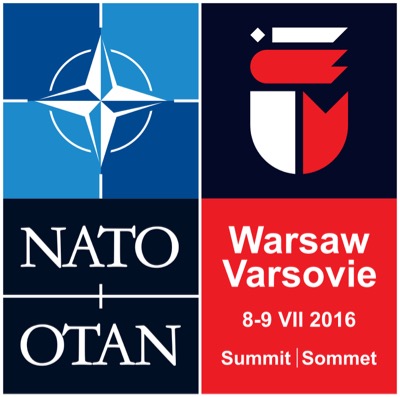 On July 8th-9th, Warsaw will host the latest NATO summit, the meeting of the heads of the alliance’s member states in the format of the North Atlantic Council. The Warsaw meeting will be the 25th summit in NATO’s history at which agreements achieved at the previous meeting of the alliance’s heads of states in Newport in 2014 will be developed. In particular, we are dealing with the creation of a rapid reaction force on the territory of the countries of Eastern Europe which would be capable of conducting combat operations on the so-called eastern flank of the alliance. The Minister of Foreign Affairs of Poland, Witold Waszczykowski, emphasized that the establishment of permanent NATO and, in particular, US military bases on the territory of Poland will be announced during the summit.

2.5 thousand participants are expected to be present along with 1.5 thousand foreign journalists. For this event, the modern National Stadium in the center of Warsaw has been rented out. Security measures have been tightened in connection with possible terrorist threats and the protests of public organizations who have already declared their intent to hold a kind of anti-summit in the Polish capital.

In tandem with preparations for the event, an intense information campaign has been conducted, the main task for which is whipping up fears of the allegedly aggressive actions and plans of Russia. The war over historical memory is part of this long-term campaign. Here it should be recognized that the revaluation of historical facts and the denial of the role of the Soviet Union in the Great Victory of 1945 have a certain historical and political soil in the Baltic states and Romania, where the authors of NATO-ordered history often directly refer to local collaborationist movements and present their activities as examples of the “fight for independence” from the Soviet Union.

The situation is seen differently in Poland, where it is quite difficult to find supports of the thesis that the liberation was not the salvation of the Polish people from Hitler’s genocide. The reformatting of modern history has been coordinated by state agencies such as the Polish Institute for National Remembrance. All these activities are aimed at avoiding cognitive dissonance so that the population of Eastern Europe can’t look at monuments and remember their liberation from Nazi Germany by the Red Army, something which would call into doubt that the Russia is the historical, eternal enemy and aggressor.

Reformatting perceptions of historical facts is part of this long-term, quite complex project. It is impossible to do something like this over the course of the two months leading up to the summit. However, other efforts can be undertaken.

In the framework of the information war, Eastern European media regularly publishes materials on the placement of nuclear warheads in the Kaliningrad region. The very existence of this region as a subject of the Russian Federation is exhibited as a threat to the existence of neighboring countries. On the southern flank, such a role in the process of escalating the sense of danger is given to Transnistria. Thus, Kaliningrad scares the Baltic peoples and the Poles, while Transnistria is used to scare the Romanians and, to a lesser extent, Bulgarians.

The information war is being conducted systematically and professionally. Its beginning was linked to the necessity of preparing public opinion for the deployment of missile defense systems in Eastern Europe.

In connection with the process of normalizing relations between the West and Iran, NATO’s PR managers were forced to finally admit: the missile systems are aimed exclusively at the imaginary Russian threat.

Poland is attempting to play a leading role in the North and Baltic zones of the arms race in Eastern Europe. In turn, Romania is trying to seize the initiative in the Black Sea region. But everything there is all the more difficult since Turkey has acted as the leader of the anti-Russian coalition for more than half a year. This same Turkey that has displayed certain geopolitical ambitions.

Nonetheless, Bucharest is trying to use Washington’s lack of total trust in Erdogan and provide the Pentagon with alternative services. The initiative for creating a Black Sea combined NATO fleet participated in by those countries which are not yet members of the alliance, Ukraine and Georgia, as proposed by the Romanian Defense Minister Mihnea Motoc is an example of such an approach.

The summit’s preparation has been carefully watched by the American State Department. John Kerry’s deputy, Anthony Blinken, recently visited a number of Eastern European countries. The American official’s talks with his Eastern European colleagues boiled down to one thing: the former members of the Eastern Bloc should unreservedly support Washington’s position during the summit, especially regarding NATO’s military build up on the so-called eastern flank, and should bear the defense expenses on their state budgets.

Blinken emphasized that Russia intends to provoke NATO forces ahead of the summit. As proof behind his words, Blinken referred to the patrols of the Russian air forces over the Baltic Sea. However, he forgot to say that what caused the concern of the Russian Air Force was the presence of U.S. warships. But according to American officials, this is a trifle which is not worth bringing up in the conditions of information war.

Blinken made sure that the American president will feel comfortable in the Polish capital. In order to hold the summit in a good setting, the government in Warsaw, referring to a terrorist threat, passed a bill according to which the holding of any rallies or sickest is prohibited during the time of the extremely important international event that is the summit.

All of this has been done over concern for the well-being of the boss of the new, pro-American Europe, Barack Obama. The official expenses of the Polish defense ministry for holding the meeting of the alliance’s heads of state is $40 million. This information alone can really cause some misunderstanding and bring the citizens of the Polish capital to the picket lines during the summer days of the NATO summit.

NATO is the American occupation of Poland and Europe