The drop in oil prices upsets the geopolitical chessboard

The drop in oil prices has given the lie to the «Hubbert peak» theory. There will probably not be a penury of energy in the coming century. The price decrease is also probably the first step in dismantling the «human origin of global warming» theory. It has deprived the alternative sources of energy of any validity, as well as investments in hydrocarbons from shale and deep-water drilling. It has thoroughly shaken the geopolitical scene, and is likely to be responsible for calling the US military back from the Near East and forcing the Pentagon to definitively abandon the theory of «constructive chaos». 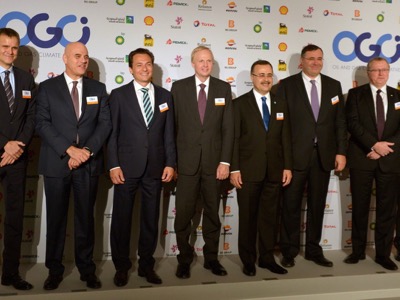 Last year, the bosses of the Western world’s most important oil companies called for a reduction in CO2 emissions. They were still hoping to obtain public aid to develop alternate sources of energy. But today the cost of oil deprives these investments of their cost-effectiveness.

Over the last two years, the world market for energy sources has been overturned. First of all, the offer and the demand have changed considerably, followed by the transformation of the commercial flow, and finally the prices, which have collapsed. These radical changes challenge all the geopolitical principles of the oil market.

The myth of penury

The economic slowdown of the Western countries, and also that of certain developing countries, has resulted in a fall in demand, while continued growth in Asia has, on the contrary, led to its rise. Ultimately, global demand continues to develop at a slow rate. From the supply side, not only have none of the oil-producing states seen their capacities collapse, but some of them have been able to expand, like China, which is now accumulating important strategic reserves. As a result, the world market is heavily over-supplied.

This first observation contradicts what used to be the common belief of the scientific and professional milieux during the first decade of the 21st century – world production was approaching its peak, and the world was going to experience a period of penury during which certain states were going to collapse, and wars for resources were going to break out. As soon as he returned to the White House in January 2001, Vice-President Dick Cheney formed a work group to plan the development of a national energy policy (National Energy Policy Development — NEPD), which was qualified as a «secret society» by the Washington Post [1]. In an ultra-protected atmosphere, the President’s advisors auditioned the heads of the main businesses in the sector, a number of celebrated scientists, and the heads of the Intelligence apparatus. They arrived at the conclusion that the clock was ticking, and that there was no time to waste – consequently the Pentagon would have to guarantee the survival of the US economy by grabbing the resources of the «wider Middle East». It is not known for certain who participated in this work group, what data they were working with, or what were the stages of their deliberations. All the internal documents were destroyed so that no-one could discover the statistics to which they had access.

This is the group that advised the waging of war on Afghanistan, Iran, Iraq, Syria, Lebanon, Libya, Somalia and the Sudan - a programme that was officially adopted by President George W. Bush during a meeting on the 15 September 2001, at Camp David.

I remember having met, during an AFPO assembly in Lisbon, the General Secretary of the White House work group. He presented a report on the study of known reserves, the imminence of «Hubbert’s peak» and the measures which had to be taken to limit US energy consumption. At that time, I was convinced – mistakenly – by his reasoning and his assurance.

With time, however, we realised that his analysis was completely false, and that the first five wars on his list (against Afghanistan, Iraq, Lebanon, Libya and Syria) had, from this point of view, been entirely useless, even though the programme continues today. This huge error in prospective should not surprise us. It is the consequence of «groupthink». Within a group, an idea can progressively impose itself to the point where no-one dares to question it for fear of being excluded from the «circle of reason». It’s «intellectual orthodoxy». In this case, the White House advisors started off with, and stayed rooted in, the Malthusian theory which dominated Anglican culture in the 19th century. According to this theory, the population increases exponentially, while resources only increase arithmetically. In the end, there will not be enough resources for everyone.

Thomas Malthus’ intention was to oppose Adam Smith’s theory, according to which, when it is free from all regulation, the market will regulate itself. In reality, pastor Malthus found in his own theory - which has never yet been demonstrated - the justification of his refusal to help the innumerable poor in his parish. What is the point of feeding these people, if tomorrow, their many children will starve to death? The government of George W. Bush was mostly WASP, and included many people from the oil industry, starting with Vice-President Cheney, the ex-chief of the manufacturing firm Halliburton.

Although oil is a non-renewable ressource and will therefore one day come to an end, nothing proves that the end is near. In 2001, we were thinking in terms of oil of the Saudi type, which we knew how to refine. At that time, we did not believe that the reserves of Venezuela, for example, were exploitable, while we know today that they are sufficient to supply all of the world’s needs for at least a century.

We note that the «human origin of global warming» theory is probably no more accurate than that of peak oil. It stems from the same Malthusian origins, and has the advantage of enriching its promoters via the Chicago Exchange for emissions trading [2]. The theory was popularised with the aim of teaching Westerners to reduce their consumption of fossil fuel-based energy, and therefore to prepare for a world where oil would become ever more rare and expensive.

The end of artificial prices

The rise of the price of a barrel of oil to $110 seemed to support the theory of Dick Cheney’s team, but its brutal fall to only $35 showed that the theory is wrong. As in 2008, the fall in prices began with the European sanctions against Russia, which upset world exchange, displaced capital, and in the end, definitively burst the oil speculation bubble. This time, the low prices were encouraged by the United States, which saw in them another way to sink the Russian economy.

Things became even more complicated when Saudi Arabia discovered it could also benefit from the situation. By flooding the market with its products, Riyadh maintained the price of the barrel of Arabian Light at between $20 and $30. By doing so, it destroyed the profitability of investments in alternative sources of energy, and guaranteed its power and income in the long term. The Saudis managed to persuade their partners in OPEC to support this policy. The members of the cartel made the decision to save their authority in the long term, even if it meant earning a lot less for a few years.

Consequently, the drop in prices, encouraged by Washington as a tool against Moscow, ended up by damaging the US itself. More than 250,000 jobs were destroyed over two years in the energy industries world-wide, and approximately half of them were in the United States. 78% of US oil platforms were shut down. Even if the recession in oil production is not as spectacular, the fact remains that the United States are probably no longer energy-independent, or will soon become so.

And not only the United States are concerned – the whole Western capitalist system is affected. In 2015, Total lost 2.3 billion dollars, ConocoPhillips 4.4 billion, BP 5.2 billion, Shell 13 billion, Exxon 16.2 billion, and Chevron close to 23 billion.

This situation reminds us of the «Carter Doctrine» of 1980. At that time, Washington gave itself the right to intervene militarily in the Near East to guarantee its access to oil. Thereafter, President Reagan created CentCom in order to implement this doctrine. Today, oil is being exploited all over the world, and in various different ways. The fantasy of «Hubbert’s peak» has evaporated. President Obama was thus able to order the displacement of troops from CentCom to PaCom (the theory of the «pivot to Asia»). We observed that this plan was modified by the accumulation of forces in Eastern Europe (EuCom), but it will probably be modified futher if prices remain between $20 and $30 per barrel. In this case, we will probably cease the exploitation of certain types of oil, and fall back on Arabian Light. The question of the repositioning of forces in the Near East is therefore valid as of now.

If Washington chooses this path, it will probably also modify the Pentagon’s methods. The Straussian theory of «constructive chaos» indeed allows the governance of vast territories with very few men on the ground, but it takes a long time to enable the exploitation of vast resources, as we have seen in Afghanistan, Iraq and Libya. Perhaps we should resort to a wiser policy, cease organising terrorism, accept peace, in order to engage in trade with other states, or what’s left of them.