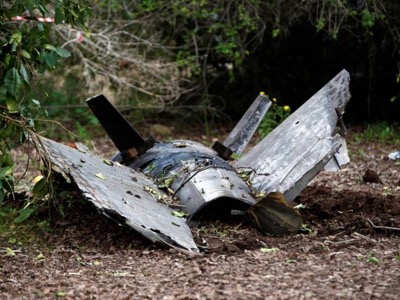 In the early morning of 10 February 2018, an Iranian unmanned aerial vehicle was launched from a site in east Homs, Syria, into Israeli airspace. The Israel Defense Forces intercepted the unmanned aerial vehicle and proceeded to take additional defensive measures against the launching site. During Israel’s defensive efforts, a Syrian surface-to-air missile shot down an Israeli plane carrying two pilots. Both pilots survived but one was severely injured.

This is not the first time that Israel has warned you of Iran’s dangerous and destabilizing behaviour towards Israel and our region. The incident described in the present letter proves every one of those warnings. In addition, Israel holds the Syrian Government accountable for every attack that involves its territory. Israel will defend its citizens and territory and will not tolerate any violation of its sovereignty.