Extension of the Gas War to the Levant

After three years of war against Syria, "Westerners" have deliberately expanded their offensive to Iraq and Palestine. Behind the apparent political contradictions between religious and secular parties, strong economic interests explain this strategy. In the Levant, numerous groups have several times changed camps, but gas deposits are immutable. 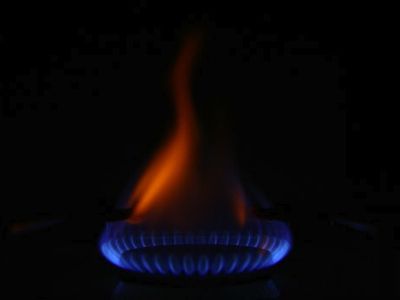 Every war being undertaken by a coalition naturally has multiple objectives in order to meet the specific interests of each member of the coalition.

From this point of view, the fights now raging in Palestine, Syria and Iraq have in common that they are led by a bloc formed by the United States against the peoples who resist them, to continue the remodeling of the “Greater Middle East” and change the global energy market.

About this last point, two things can change: the layout of the pipelines and the exploitation of new deposits. [1]

The War to Control Pipelines in Iraq

Since the beginning of the war against Syria, NATO has been trying to cut the [East-West] Tehran-Damascus (NIORDC, INPC) nexus to the advantage of an alternative [South-North] corridor allowing the transfer of both Qatari gas (Exxon-Mobil ) and that of Saudi Arabia (Aramco) via the Syrian coast [2].

A decisive step was taken with the Islamic Emirate offensive in Iraq that has split the country longitudinally and separated Iran on the one hand and on the other hand, Syria, Lebanon and Palestine. [3]

This visible goal determines who will sell their gas to Europe, and therefore the volume of supply and the selling price. That explains that the three major gas exporters (Russia, Qatar, and Iran) are involved in this war.

The War of Conquest Over Syrian Gas

NATO has added a second goal: the control of gas reserves in the Levant and their exploitation. Though everyone knows that for decades the Southern Mediterranean contains large gas fields in the territorial waters of Egypt, Israel, Palestine, Lebanon, Syria, Turkey and Cyprus, only "Westerners" have known, since 2003, how these fields were laid out and how they extended under the continent.

As revealed by Professor Imad Fawzi Shueibi [4], at the time, a Norwegian company, Ansis, lawfully conducted in Syria a survey of the country, in cooperation with the national oil company. Ansis also worked with another Norwegian company, Sagex. Both, having corrupted an intelligence official, secretly conducted research in three dimensions and discovered the incredible extent of Syrian reserves. These are larger than those of Qatar.

Thereafter, Ansis was acquired by Veritas SSGT, a Franco-American company based in London. The data were immediately revealed to the French, US, British and Israeli governments who soon concluded their alliance to destroy Syria and steal its gas.

After the United States had, in 2010, entrusted to France and the UK the care of recolonising Syria, they formed a coalition called "Friends of Syria". It convened a "Working Group on Economic Reconstruction and Development" held in May 2012 in the United Arab Emirates, under German Presidency. [5] Sixty countries then divided the cake they had not yet conquered. Of course, most participants were unaware of the Ansis discoveries and Sagex. The Syrian National Council was represented in the working group by Osama al-Kadi, former head of British Gas for the application of military strategies in the energy market.

It was not until the summer of 2013 that the Syrian government was informed of the findings of Ansis and Sogex, understanding then how Washington had managed to form the coalition trying to destroy the country. Since then, President Bashar al-Assad has signed contracts with Russian companies for their future exploitation.

Gas in Israel, Palestine and Lebanon

For its part, British Gas was exploring Palestinian reserves, but Israel opposed their use, fearing that the royalties be used to buy weapons.

In July 2007, the new special envoy of the Quartet (UN, EU, Russia, USA), Tony Blair, negotiated an agreement between Palestinians and Israelis to exploit the Marine-1 and Marine-2 fields in Gaza. The Prime Minister of the Palestinian Authority, Salam Fayyad, agreed that British Gas would pay royalties due to the Palestinian Authority to a bank account controlled by London and Washington so as to garantee that this money would be used for economic development.

At the time, the former Chief of Staff of the Israeli army, General Moshe Ya’alon, published a sensational forum on the website of the Jerusalem Center for Public Affairs in which he observed that this agreement did not solve the problem because ultimately Hamas would receive a portion of the money as long as it was in power in Gaza. He concluded that the only way to ensure that the manna would not fund the Resistance was to launch a "comprehensive military operation to uproot Hamas in Gaza" [6].

In October 2010, things got complicated again with the discovery of a mega gas field offshore by Noble Energy Inc., The Leviathan, in Israeli and Lebanese territorial waters, in addition to that discovered by British Gas in 2001, Tamar. [7]

Lebanon, at the instigation of Hezbollah, immediately notified the UN and asserted its rights to exploitation. However, Israel started extracting gas from these common pockets without taking Lebanese objections into account.

The war for Palestinian gas

The current Israeli offensive against Gaza has several objectives. First, the Mossad organized the announcement of the kidnapping and death of three young Israelis to prevent the Knesset from passing a law prohibiting the release of "terrorists". [8] Then, the current Minister of Defence, General Moshe Ya’alon, used this as a pretext to launch an offensive against Hamas, applying his 2007 analysis [9].

The new Egyptian president, General Abdel Fattah al-Sisi, hired Tony Blair to advise him, without the latter resigning for as much from his position as representative of the Quartet [10]. Pursuing his advocacy for British Gas, he then suggested a "peace initiative" perfectly unacceptable to the Palestinians, who refused while Israel accepted it. This manoeuvre was clearly intended to provide an opportunity for the IDF to continue its offensive to "uproot Hamas from Gaza." It is not irrelevant that Tony Blair is not remunerated for this work by Egypt, but by the United Arab Emirates.

As usual, Iran and Syria supported the Palestinian Resistance (Hamas and Islamic Jihad). In this way, they also showed Tel Aviv they have the ability to hurt it as much in Palestine as it did in Iraq through the Islamic Emirate and the Barzanis.

Only by reading events from an energy point of view can they be understood. For it is not politically in the interest of Israel to destroy Hamas, which it helped create to relativize Fatah. Nor is it in the interest of Syria to help it resist since it allied itself with NATO and sent jihadists to fight against the country. Gone is the period of the "Arab Spring", which was supposed to bring to power the Muslim Brotherhood (of which Hamas is the Palestinian branch) in all of the Arab countries. Ultimately Anglo-Saxon imperialism is ever driven by economic ambitions, which it imposes to the detriment of local political dynamics. The cleavage, which sustains structures in the Arab world, is not between religious and secular parties, but between resistors to and collaborators with imperialism.