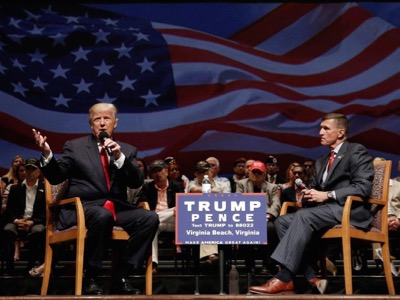 The 2016 election affords the American people an urgently needed opportunity to make a long-overdue course correction in our national security posture and policy. As retired senior leaders of America’s military, we believe that such a change can only be made by someone who has not been deeply involved with, and substantially responsible for, the hollowing out of our military and the burgeoning threats facing our country around the world. For this reason, we support Donald Trump’s candidacy to be our next Commander-in-Chief.

For the past eight years, America’s armed forces have been subjected to a series of illconsidered and debilitating budget cuts, policy choices and combat operations that have left the superb men and women in uniform less capable of performing their vital missions in the future than we require them to be.

Simultaneously, enemies of this country have been emboldened, sensing weakness and irresolution in Washington and opportunities for aggression at our expense and that of other freedom-loving nations.

In our professional judgment, the combined effect is potentially extremely perilous. That is especially the case if our government persists in the practices that have brought us to this present pass.

For this reason, we support Donald Trump and his commitment to rebuild our military, to secure our borders, to defeat our Islamic supremacist adversaries and restore law and order domestically. We urge our fellow Americans to do the same.