Thierry Meyssan considers that General Flynn is getting ready to rock the world of US intelligence and override all post 9/11 reforms. This would put an end to the obsession with secret prisons and targeted assassinations and mark a return to the true nature of intelligence: making sense of and anticipating developments around the world. 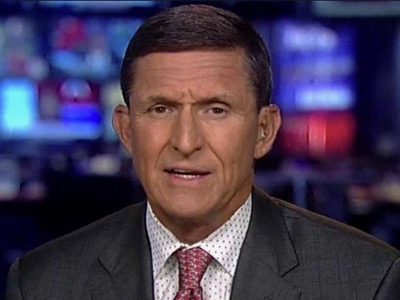 General Michael T. Flynn, the next US National Security adviser is in the process of organizing a radical overhaul of the Intelligence Services.

According to our sources, he is getting ready to challenge the big reforms that took place during the Bush and Obama years:

placing all 16 Intelligence agencies under the exclusive authority of a Director of National Intelligence, supposed to supervise information sharing;

abolishing the line between agents on the ground and analysts in favour of functional centres such as the ones we see in the TV series 24.

As we had highlighted at the time, and as General Flynn has also subsequently emphasized:

the Director of National Intelligence clearly had the power to centralize intelligence which until then had been dispersed, but he lacked the power to interfere with how the different agencies were operating. So for example, he did not have the power to remove an incompetent officer.

key point: the current functional centres excel in providing information instantly. They are able to pinpoint an individual anywhere in the world and, if need be, eliminate him. But this is not Intelligence. The correct term is crime. Even if the CIA miraculously topples the regimes that the White House disapproves of and sets up secret prisons, it is not by any measure more knowledgeable on anticipating political developments, and to a lesser extent still, military developments.

Michael T. Flynn was so disappointed with how the new CIA was working that he tried – in vain - to set up a service within the Defense Department to compensate for its shortcomings: the Clandestine Defense Service.

Colonel James H. Baker, who is currently directing the strategic office of the Pentagon and who is, like Flynn opposed to the neo-conservatives, should be promoted.

The nomination of Mike Pompeo as the next director of the CIA would have been conditional upon him agreeing to override the reforms brought into being under President Bush and Obama. Despite his extreme declarations – in favour of secret prisons and against the shi-ites - the Kansas representative and the former captain of the calvary, should behave like an obedient soldier.

The current director of National Intelligence, James R. Clapper announced that his role would end with President Obama. Thus his post should disappear.

Donald Trump and US Intelligence