Communication - according to President Trump

Our site, Voltairenet.org, has been proving for a long time that it is possible to communicate on political subjects without having to suffer the anathema of the major medias, Donald Trump has now taken the road we opened and that many others have also taken. If you want news about the next US administration, don’t read the New York Times, which wastes its time with caricatures, but Internet sites like Breitbart.com. The President no longer answers questions from the grand Press, but communicates on twitter.com/realdonaldtrump. 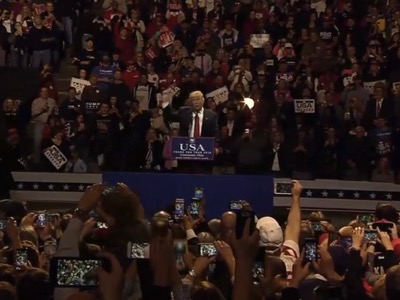 The rules governing modern political communication were imposed by the United States, which until now were dominated by the Puritan ideology (politically correct expressions, public apologies for faults passing for absolution, belief in having been chosen by God to enlighten the world, separation between the WASPs and the minorities, belief in wealth as a gift from God to those who serve Him, etc.). By overthrowing the Puritan ideology embodied by Washington in general and the Clinton dynasty in particular, Donald Trump has also put an end to the current rules of political communication.

He did not base his electoral campaign on grand shows, part-entertainment, part-politics. While his competitors paraded on stage with show-business stars, gobbling up colossal budgets, he concentrated on his message and spent 10 times less than others.

Considering that the medias were generally hostile to him, he gave them almost no interviews, and in each of his meetings, never ceased from denouncing their predjudice. His spokeswoman never tried to seduce the journalists, but on the contrary, relied on anti-establishment Internet sites, whether they had a public or not – his campaign director himself runs one of these sites, Breitbart.com.

Aiming his campaign against the political class in Washington, he did not rent auditorium space there, but stayed at home in Trump Tower, New York. Faithful to his own logic, he also rented no space in Washington to set up his transition team. Consequently, while the Obama administration handles current affairs from Washington, the future is being decided from New York.

Once elected, he gave no Press conference, and no interviews, but addressed US citizens directly via Twitter and YouTube. This is the first time that a head of state has addressed his people in this way, by short-circuiting the major medias.

As if the electoral campaign was not over, he undertook a thank-you tour of new meetings, which the Press has avoided mentioning. In his speeches, he first of all thanked the electors from the minority groups (women, Hispanics, Afro-Americans and gays) who voted for him depite the racist image that the major medias had tried to stick him with. He repeated his message, not against the elites, but against the methods they have adopted in Washington and the Puritan ideology that they incarnate. Finally, he announced his first decisions. In matters of foreign policy, he confirmed that he will end the Trans-Pacific Treaty which was concluded to the detriment of China; end the policies of régime change (including Syria); wherever possible, replace the current confrontations (including Russia) with cooperation; and reform the secret services, whose unique function today is to assassinate third-world leaders.

In days gone by, the Presidential Press enjoyed comfortable offices in the White House and decided on the themes that were to be discussed. Today, most of its members have deserted Washington, and wait all day at the foot of Trump Tower until «the» Donald feels like coming down, accompanying one of his guests to his car, dropping a few comments on his way.

The major medias, both written and audio-visual, persist in mocking the President-elect, accusing him of incompetence and extremism, but he doesn’t care. He has succeeded in climbing over their heads and now communicates directly with his compatriots.