For the last two weeks, the international Press has been full of rumours announcing the beginning of a US military operation against Syria. Thierry Meyssan, who has already denounced a manipulation by General John Allen and his friends, whose aim is to sabotage the USA/Iran agreements, revisists the absurdity of this charge. He explains why the strategic support offered by Russia and China to a secular Syria is not negotiable. 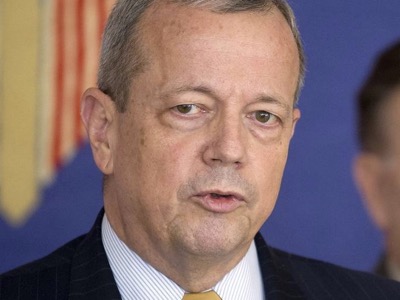 On the 27th July, the New York Times announced the creation, by Washington and Ankara, of a security zone to shelter Syrian refugees presently stationed in Turkey [1]. Shortly afterwards, the White House denied this information. I explained in an earlier article that the New York Times had been led astray both by General John Allen, special envoy for the international anti-Daesh Coalition, and by the intermediary Turkish governement [2]. I noted that Allen had aleady participated in two other attempts to sabotage peace in Syria, in June 2012 and in December 2014, and that President Obama had attempted to have him arrested three years ago, in September 2012.

A large number of commentators have connected this information to another, according to which the Pentagon is now authorising itself to support the « moderate rebels » whenever they are attacked, and whoever the aggressor. They believed that this was the start of the long-awaited NATO campaign against the Syrian Arab Republic.

This is an absurd interpretation – these elements must be interpreted differently.

Contradictory declarations and the reality on the ground

Officially, the British and French are not participating in operations on Syrian territory. But we know that this is false. These two nations have been bombing Daesh in Syria. A few days ago, the British Minister for Foreign Affairs was obliged to admit the truth to the House of Commons [3]. However, his French opposite number, who is not submitted to the same political pressure, continues to deny the facts. The British have deployed 120 SAS troops to on-the-ground locations in order to guide the air strikes [4]. This mission was especially risky for foreigners who do not know the terrain - the Pentagon trained 60 « moderate Syrian rebels » to help them. 54 soldiers entered Syrian territory and were immediately attacked by al-Qaïda.

It is grotesque to pretend that the Pentagon trained 60 combatants with the aim of overcoming hundreds of thousands of soldiers from the Syrian Arab Republic and overthrowing the Republic. Their only function is to play a part in the anti-Daesh Coalition, and their only mission is to determine, on the ground, the targets for their bombers.

It is true, as the Russian Minister for Foreign Affairs Sergey Lavrov pointed out, that the announcement was poorly phrased. The White House spokeman should have suspected that it would be badly interpreted, given the desire of certain members of the United States, French and Turkish leadership to enter into open war with Syria. In practice, he preferred to mislead the adversaries of the USA/Iran agreement.

In fact, the Pentagon was alluding to the situation which presented itself. The 54 « moderate rebels » were attacked by al-Qaïda, and the Pentagon defended them. But during the last few months, France, Saudi Arabia and Turkey have been trying to rehabilitate al-Qaïda in Syria (the al-Nusra Front) to create an acceptable alternative to Daesh. Contrary to the conclusions of a number of commentators, by bombing both Daesh and al-Qaïda, which is a new development, the Pentagon is supporting the strategy of the Syrian Arab Republic, in accordance with its agreement with Iran.

Now let’s examine the whole picture. This line of reasoning - cleverly fabricated by General Allen during the Aspen Security Forum, and also by Turkey - aims at operating a radical change in US policy. Washington, after having long hesitated over launching an all-out war against Syria, seems to have finally decided to do so. Syria will soon be bombed just like Lybia, and that will be the end of President Bachar el-Assad.

If that is what transpires, we will be entering into a state of world war.

Indeed, Russie and China have opposed their veto at the Security Council four times already concerning proposed resolutions which authorise or prepare for an attack on Syria. By opposing their veto, Moscow and Beijing did not simply refuse to support these resolutions. They entered into diplomatic conflict with the authors of these projects, and confirmed that they were prepared to wage war on them if they should make a unilateral decision to pursue their projects.

The first veto, on the 4th October 2011, surprised Washington. The second, on the 4th February 2012, convinced them to abandon the idea of treating Syria the way they had treated Libya. France, Qatar and Turkey decided to restart the war, and presented two more projects for resolution, on the 19th July 2012, and on the question of crimes against humanity attributed to the Syrian Arab Republic, on the 22nd May 2014. They received the same vetos.

The French, Qatari and Turkish declarations - that their diplomats are dedicated to convincing their Russian friends to abandon Bachar el-Assad - are stupid, and the recent declarations by Barack Obama concerning a potential evolution of the positions of Russia and Iran are not much more convincing. In fact, the US President was attempting to anaesthetize the opponents of the agreement that he has negotiated with Iran.

But we’re not talking about Iran. Only the two permanent powers of the Security Council - Russia and China.

The position of Moscow and Beijing is not a display of anti-Western defiance, nor an act of solidarity between dictatorships, since that’s how Western qualifies the régimes of these two states. It’s a question of geostrategy which is born of centuries of history. It’s anything but negotiable.

The Russian presence in the Mediterranean and the Near East depends on a régime in Damascus which is respectful of religious diversity. It would be impossible if the Muslim Brotherhood, or any other similar Islamist group, were to seize power. This was also true in the days of Tsarina Catherine II, who declared that Syria was Russia’s key to the Near East, and this is still true today for President Putin. Also, the Russians, who are mostly orthodox and have suffered because of that, feel solidarity for the Syrian Christians, who are mostly orthodox.

Of course, Russia has not always been in a position to defend its interests. This is why, in 2005, it refused the Syrian offer to occupy the port of Tartus and 30 kilometres of coastline for its Mediterranean fleet – in this way, Damascus was hoping to prevent the war that Washington had been preparing since well before the Arab Spring. But at the time, after the collapse of the USSR, Russia had no fleet in the Mediterranean. Today, it has re-organised, and has rebuilt its maritime power, and now effectively uses the port of Tartus.

In order to develop, Chinese commerce relies upon the security of the continental routes linking China to the Mediterranean. In the Middle Ages, the Chinese built the « silk road » which linked their capital at the time, Xi’an, to Damascus. The Umeyyad, who founded the Muslim religion, were careful to protect the other local religions - Judaism, Mandaeism and Christianism. When they extended their power in Central Asia as far as Xin Qiang, they treated the religions of the Far East in the same way – they were a long way from the current sectarian form of Islam. Today, all these religions pray every day in the Great Mosque in Damascus, where one of the mosaics pays tribute to a Chinese pagoda. In order to develop, modern China is attempting to rebuild the « silk road », and for this reason, has founded the Asian Infrastructure Investment Bank (AIIB).

Let there be no mistake about it, the strategic support for Damascus by Moscow and Beijing in no way signifies that they would send their troops to defend the country against the jihadists who are bleeding it dry – they have not done so yet, and they will not do so – just that they will not allow the Western powers to use their own weapons to destroy the Syrian Arab Republic.

From their side, the United States are the dominant global power because they oblige global commerce to rely mostly on maritime transport, and with the United Kingdom, they control and secure the oceans. This is why, for the maintenance of its power, Washington considers it essential to sabotage any attempts to re-open the continental routes [5]. The chaos in Iraq and the fall of Palmyra have cut communication routes via the South, while the chaos in Ukraine cuts the routes via the North.

In the Syrian conflict, the Western and Gulf powers support the Muslim Brotherhood, while Russia and China support the secular Republic.

The illusions of France, Saudi Arabia and Turkey

The Turkish government, which decidedly seems to understand nothing about politics, has twice attempted to force the United States into open warfare. On the 11th May 2013, Turkey denounced a massive terrorist attack in Reyhani, which it attributed to the Syrian secret services. Recep Tayyip Erdoğan immediately rushed off to complain to President Obama. But the US President had already been warned in advance by the CIA that the attack, which cost the lives of 51 Turks and crippled 140, was a set-up by the Millî İstihbarat Teşkilatı (MIT), a false-flag operation engineered by the Turkish secret services. Since Reyhani, incidentally, those responsible for the attack have been forced to resign.

Mr. Erdoğan tried again four months later with the help of the Elysée, by organising the chemical attack on la Ghoutta in Damascus, the 21st August 2013. The plot was immediately unmasked by the British MI6, who hurried to warn their US allies. After a cleverly-orchestrated spectacle in the House of Commons, London and Washington left Ankara and Paris to their crimes and their bluster.

We can discuss the capacity of the Obama administration to defend its new strategy of alliance with the Iranian Chiite clergy, or the capacity of its US adverseries to pursue their Straussian strategy of remodeling the « Greater Middle East » and generalised chaos. But in any event, none of them will ever move from a third-party war fought by jihadists to a classic conflict. It is absurd to imagine that Washington would launch a third World War against Russia and China with the sole aim of replacing President Bachar el-Assad with the Muslim Brotherhood.