After having taken back from Daesh the State they had promised, straddling parts of Iraq and Syria, the United States now intend to recuperate some of their mercenaries in order to make use of them in a different manner. National Security Advisor John Bolton has designed new goals, new partners and new methods. Since this new system is secret, we know about it only insofar as parts of the plan have already been implemented. Thierry Meyssan explores this world of violence. 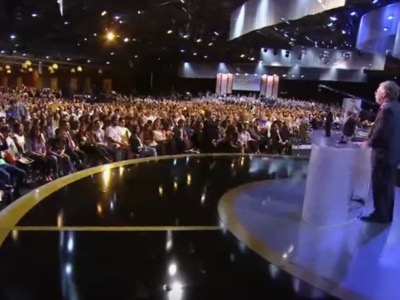 John Bolton speaking in 2017 before the People’s Mujaheddin Organization of Iran.

In 1978, President Carter’s National Security Advisor, Zbignew Brzezinski, decided to use the Muslim Brotherhood against the Soviets, and sent Arab combatants to support the Afghan opposition against the Communist régime. Responding to a call for help from the Afghan government, the Red Army became bogged down in an unwinnable conflict.

In Afghanistan, the Muslim Brotherhood were not armed by the CIA, who were unable to obtain the authorisation from Congress for an operation of that magnitude, but by Israël. In view of their success, the Arab-Afghans were later mobilised in many other theatres of operation. It followed, amongst other things, that the Brotherhood, armed both by Israël and Iraq, took a shot at the Syrian Arab Republic, in 1978-82. One thing leading to another, a representative of the Brotherhood was incorporated into the staff of NATO during the attack in Kosovo against Yugoslavia.

The position of the Muslim Brotherhood as auxiliary troops for NATO was cancelled at the end of the Clinton presidency, but the collaboration of the Brotherhood with the CIA has never been terminated. It was clearly re-instated with the attack on Libya under the Obama presidency, where it furnished almost all of the ground troops for the Atlantic Alliance. One of their representatives was even incorporated into the US National Security Council. Then, during the attack on Syria, NATO’s LandCom, situated in Izmir, coordinated the jihadist troops.

Since the Trump administration opposes on principle the use of terrorist groups by the US Armies, the moment arrived for the White House to redefine the role of the Muslim Brotherhood.

We do not yet know the new strategy defined by National Security Advisor John Bolton. However, several elements enable us to guess its general form.

At the beginning of 2018, US Special Forces illegally stationed in Syria exfiltrated thousands of Daesh combatants overseas. In May 2018, General Yahya Rahim Safavi, military advisor to Ayatollah Khamenei, accused the USA of organising the transfer of Daesh combatants to Afghanistan.

Currently, approximately 7,000 of them are still on Afghani soil. Contrary to their past position, they do not support the Taliban, who are currently opposed to all foreign presence, but now oppose them.

According to the spokesman for the Islamic Emirate of Afghanistan (in other words the Taliban), Qari Muhammad Youssuf Ahmadi -
« The American invaders and their lackeys carried out a raid last night [12 January 2019] against a Mujahedin camp where members of Daesh were being held, situated in Pani Bus in the district of Jwand, Bâdghîs province. The joint enemy forces martyred two guards and left with 40 Daesh-affiliated prisoners. Apparently the American invaders and their henchmen from the Kabul administration launched this raid in order to help the Daesh prisoners. Every time the Mujahedin of the Islamic Emirate [the Taliban] have fought Daesh, the American invaders have assisted Daesh and bombed Mujahedin positions. Exactly the same way that when Daesh was uprooted by the Mujahedin of Darzab, in the district of Jowzjan, and was about to be destroyed [last August], the American invaders and the Kabul administration jointly assisted 200 members of Daesh by helicopter ». 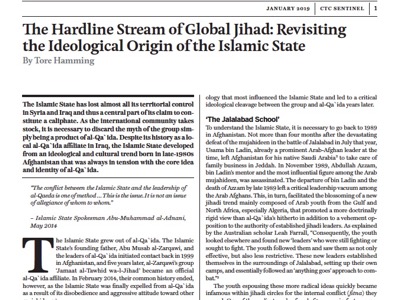 It was at this moment that the Combating Terrorism Centre of the military Academy of West Point published a historical study of the divergences between the Mujahedin during the war against the Soviets. This document noted that in 1989, during the retreat of the Red Army, and when Oussama Ben Laden had returned to Saudi Arabia, certain young members of the Muslim Brotherhood questioned the laxism of their senior officers. They created the « Jalalabad School », which was much more strict, and began to accuse various people of impiety and excommunicated them (takfir). This, they say, is the conflict that blew up again in 2014, provoking the split between Al-Qaïda and Daesh.

This flashback should not blind us to the fact that the Muslim Brotherhood continued to welcome not only the Taliban, but all Afghani resistants, until the assassination of Ahmed Chah Massoud (himself an ex-member of the Muslim Brotherhood), on 9 September 2001 (two days before the attacks of New York and the Pentagon). For two decades, Afghanistan became the training ground for jihadists from all over the world, particularly the combatants from the Russian Caucasus. Today the Taliban are much more careful with their choice of allies and their friends. It is true that today they control 60 % of the territory. They no longer base themselves on theological grounds, but on nationalist criteria. 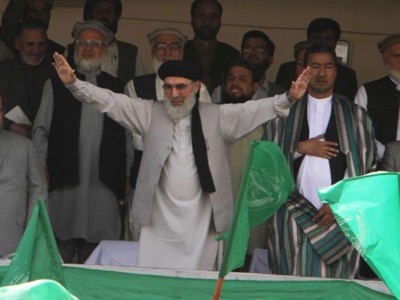 During the war against the Soviets, the Muslim Brotherhood were mainly aligned with ex-Prime Minister Gulbuddin Hekmatyar, who was their representative in the country. On 22 September 2016, with the support of the Obama administration, he was awarded the pardon of the new Afghan state and was removed from the UN list of terrorists. 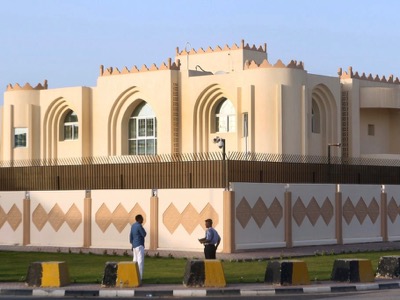 The siege of the Taliban in Qatar

The arrival of Daesh in Afghanistan occurred at the time when the Trump administration had been trying - since July 2018 - to negotiate with the Taliban. Preliminary contacts took place in Qatar with ambassador Alice Wells, assistant to Mike Pompeo for Central Asia. The negotiations were headed by ambassador Zalmay Khalilzad in September and October, despite the anxiety of the Afghan government, which sent a representative but were not admitted. Khalilzad had fought alongside the Talibans, Pachtuns like himself, against the Soviets, before taking US citizenship. He was trained in neoconservatism and became ambassador to the UNO in 2007, when the Senate opposed the nomination of John Bolton. 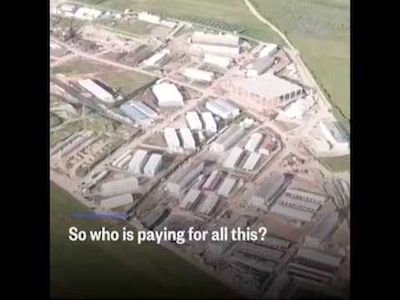 Built by Israël between 2013 and 2015 close to Tirana, the secret town of Manza is the military base for the People’s Mujahedin in Albania.

Last week, the head of the People’s Mujaheddin (MEK) of Iran, Maryam Radjavi, travelled to Kabul on an official visit, from Tirana, where she lives. She met specifically with the President of the National Security Council and ex-ambassador to the United States, Hamdullah Mohib. Within the next few days, she should be travelling to Herat, in the district of Shindand, to establish a military base for her organisation. According to the Pakistani newspaper Ummat, the Pentagon has already trained 2,000 of the People’s Mujahedin there, in October 2012.

Despite their apparent similarity in name, there is no connection between the Mujahedin (with one d) of the Muslim Brotherhood (who are Arabs and Sunnis) and the Mujaheddin (with two d’s) of the MEK (who are Persian and Chiites). The only objective link between the two groups is that they have both been used by the United States and both practise terrorism.

As from 2013, the MEK has been transferred from Iraq to Albania with the support of the United States. A small town has been built for them by Israëli companies. However, on 23 June 2014, Maryam Radjavi, in a long speech given before 80,000 members of the sect and 600 Western personalities, spoke of her satisfaction that Iraq had been conquered by Daesh. We should remember that this victory had been organised with the help of General Ezzat Ibrahim al-Douri, ex-right-hand man for President Saddam Hussein, and as such, protector of the People’s Mujahedin.

John Bolton’s links with the MEK date back to the Bush administration. They were strengthened by his presence - for a price of 40,000 dollars - during their annual meetings at Villepinte (France), in 2010 and 2017. Having become the National Security Advisor, he now unites the jihadists from Daesh and the loyal followers of Maryam Radjavi against their common objective.

The most immediate of the targets of this terrorist alliance should be Iran, with whom Afghanistan shares a long frontier, hard to defend.

The United States are preparing a war between Latin-American states