NATO and the European Union participate in terrorism


How Bulgaria supplied drugs and weapons to Al-Qaïda and Daesh

The best-kept secrets must be revealed in the end. The mafia cartel which governs Bulgaria has been caught supplying drugs and weapons to Al-Qaïda and Daesh, at the demand of the CIA, both in Libya and Syria. The affair is all the more serious since Bulgaria is a member of NATO and the European Union. 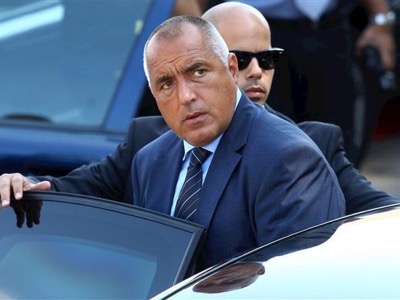 Head of one of the two Bulgarian mafia cartels, the SIC, Boïko Borissov has occupied the post of Prime Minister since 2014. While his country was a member of both NATO and the European Union, he supplied drugs and weapons to Al-Qaïda and Daesh in Libya and Syria.

It seems that everything began by accident. For about thirty years, fenetylline was used as a performance-enhancing drug in the West German sports world. According to trainer Peter Neururer, more than half of the athletes took it regularly [1]. Bulgarian drug dealers spotted an opportunity in this situation, and from the dissolution of the Soviet Union until Bulgaria’s entry into the European Union, they began to produce it and illegally export it to Germany under the name of Captagon.

Two mafia groups were locked in serious competition - Vasil Iliev Security (VIS), and Security Insurance Company (SIC), the company which employed the karateka Boïko Borissov. This high-level athlete, professor at the Police Academy, created a company supplying protection for important personalities, and became the body-guard for pro-Soviet ex-President Todor Jivkov as well as for pro-US Simeon II Saxe-Cobourg-Gotha. As soon as Simeon II became Prime Minister, Borissov was named as the central Director of the Ministry of the Interior, then was elected mayor of Sofia.

In 2006, the United States ambassador in Bulgaria (and future ambassador to Russia), John Beyrle, sketched his character in a confidential cable which was revealed by Wikileaks. He presented Borissov as being connected to two major mafia bosses, Mladen Mihalev (alias « Madzho ») and Roumen Nikolov (alias « The Pacha ») [2], the founders of SIC.

In 2007, basing its article on a report drawn up by a large Swiss company, the U.S. Congressional Quarterly claimed that he had smothered a number of enquiries at the Ministry of the Interior, and was himself implicated in 28 mafia murders. He apparently became a partner of John E. McLaughlin, Deputy Director of the CIA. He is said to have set up a secret prison for the Agency in Bulgaria, and helped to provide a military base in the context of the project for an attack on Iran, the Quarterly continued [3].

Having himself become Prime Minister, and while his country was already a member of NATO and the EU, he was solicited by the Agency to help in the secret war against Mouamar el-Kadhafi. Boïko Borissov supplied Captagon, manufactured by the SIC, to the al-Qaïda jihadists in Libya. The CIA rendered this synthetic drug more attractive and more powerful by mixing it with a natural drug, hashish, which made it easier to manipulate the fighters and make them more terrifying, in line with the work of Bernard Lewis [5]. Following that, Borissov extended this market to Syria.

But most importantly, the CIA, using the profile of an ex-Warsaw Pact member which had recently joined NATO, bought from him 500 million dollars’ worth of Soviet-type weaponry and transported it to Syria — mainly 18,800 portable anti-tank grenade launchers and 700 Konkurs anti-tank missile systems.

When Hezbollah sent a team to Bulgaria to gather information about this traffic, a bus-load of Israeli holiday-makers were the object of a terrorist attack in Burgas, leaving 32 wounded. Immediately, Benjamin Netanyahu and Boïko Borissov accused the Lebanese resistance, while the Atlantist Press spread a number of allegations about the supposed Hezbollah kamikaze. Finally, the forensic scientist, Dr. Galina Mileva, noticed that the corpse did not correspond to the witness descriptions – while a counter-intelligence chief, Colonel Lubomir Dimitrov, noted that he was not a kamikaze, but a simple carrier, and that the bomb had been triggered from a distance, probably without his knowledge. The Press accused two Arabs of Canadian and Australian nationality, but the Sofia News Agency quoted a US accomplice known by the pseudonym of David Jefferson. The outcome was that when the European Union sought to use the affair in order to classify Hezbollah as a « terrorist organisation », the Minister for Foreign Affairs - during the short period when Borissov was excluded from executive power - Kristian Vigenine, made it clear that in reality, nothing was found that could tie the attack to the Lenbanese resistance [6].

From the end of 2014, the CIA ceased its orders and was replaced by Saudi Arabia, who were thus able to buy weapons which were no longer ex-Soviet left-overs, but modern NATO material, such as the wire-guided anti-tank BGM-71 TOW missiles. Soon, Riyadh was supported by the United Arab Emirates [7]. The two Gulf states themselves handled the deliveries to Al-Qaïda and Daesh, via Saudi Arabian Cargo and Etihad Cargo, either at Tabuk, on the Saudi-Jordanian border, or the Emirati-Franco-US base at Al-Dhafra.

In June 2014, the CIA turned up the pressure. This time, they forbade Bulgaria to allow access to the Russian gas pipeline South Stream, which could have supplied Western Europe [8].This decision, which deprived Bulgaria of some very important income, not only helped to slow down the growth of the European Union, as described in the Wolfowitz plan [9], but also to apply the European sanctions against Russia which had been implemented under the pretext of the Ukranian crisis, to develop the exploitation of shale gas in Eastern Europe [10], and finally, to maintain the interest of overthrowing the Syrian Arab Republic, a possible major gas exporter [11].

The latest news is that Bulgaria – a member-state of NATO and the European Union – continues to illegally supply drugs and weapons to Al-Qaïda and Daesh, despite the recent Resolution 2253, which was unanimously adopted by the UN Security Council.